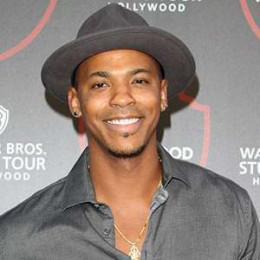 Kamil McFadden began his career playing the role of Ernie Cooper on the Disney Channel series called 'K.C. Undercover'. He played 'Bumpty' in the 2013 film 'Grown Ups 2' and contributed voice acting work to the 2012 animated feature 'Rise of the Guardians'. He worked in two 2010 episodes of Tyler Perry's sitcom 'House of Payne'. He is the brother of Kimario, a professional football player.

Kamil McFadden was born on September 10th, 1996, in Atlanta, Georgia. He is the second son of his mother and father. His older brother Kimario works as the professional footballer.

He spent his early years in the southern state of Alabama. He relocated to Los Angeles, California, to further pursue his acting career. Jinoki Ahmed homeschooled him at the age of 5.

He studied principles of Kwanza and the Montgomery Bus Boycott. He then auditioned at the Youth Ensemble of Atlanta when he was 8-year-old. He learned acting, dancing, and singing.

Kamil started his career at the mere age of 5 and 6. He worked in several stage dramas and honed his skill in the field of acting. Kamil McFadden has a passion for all aspects of the arts. He also auditioned for Youth Ensemble of Atlanta (YEA), a professional theater company, at the age of eight.

It acted as the springboard for McFadden into the entertainment industry and gave him the confidence to become skilled in acting, singing, and dancing. After working in various dramas he made his mark in few episodes of House of Payne in the year 2010.

He even went to China for a six-day tour. Before rising to fame, he worked in Disney Channel TV series, K.C. Undercover. In 2013, he played the role of Bumpty in the movie, Grown Ups 2. He lent his voice to the 2012 movie, Rise Of The Guardian.

Apart from that, his film career includes, "Trammel", "Peacock Feathered Blue", and "An Evening with Andrew Young". He was the series regular on K.C. Undercover along with Tamara Townsend.

He had a long time dream of working with Tyler Perry and eventually worked with him in a TV series. In an interview, he once revealed he wants to work in the series, The Walking Dead and wants to play the role of Carl.

Speaking of Kamil McFadden's personal life, he is currently single. The 21-year-old actor is not dating any girlfriend. The actor was once rumored to be dating his co-star from the show, K.C. Undercover, Zendaya.

Well, for now, Kamil seems rather focused on his career.

Kamil McFadden is in his 20s right now and has a bright future ahead of him. As of now, his net worth is still under review, and there are not many sources which show the exact figure of his net worth.

He has worked in dozens of film and his earnings from those movies are likely to be in hundreds of thousands of dollars. The movie also featured actor Adam Sandler and his earning from the movie is $25k.