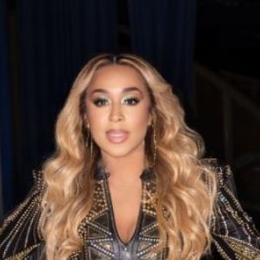 Kandy Johnson Isley is the loving wife of R&B icon Ron Isley. With her sister Kim, Kandy was a part of the R&B group, the Johnson Sisters. Here's everything about Kandy's personal life, lifestyle and networth.

Kandy Johnson Isley is happily married to music icon and love of her life Ron Isley. The couple walked down the aisle on August 14, 2005, among hundreds of guests. After Ron's devastating year with a life-threatening stroke in London, the wedding was held. 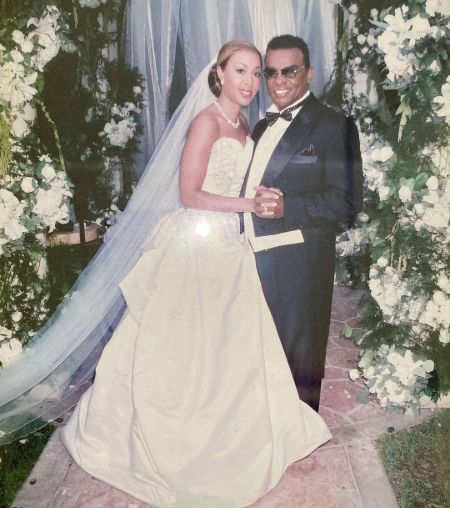 Well, Ron gifted his super-talented wife a 14-carat diamond ring and a $3 million necklace to wear on the big day. Ever since there is no looking back in their marital life, they lead blissful lives together.

Further, Ronald was 64 years old at their wedding, while Johnson was 28 years old. The soon-to-be-wife wore a custom-made bridal gown while Ronald donned a black tuxedo in a lavish ceremony. 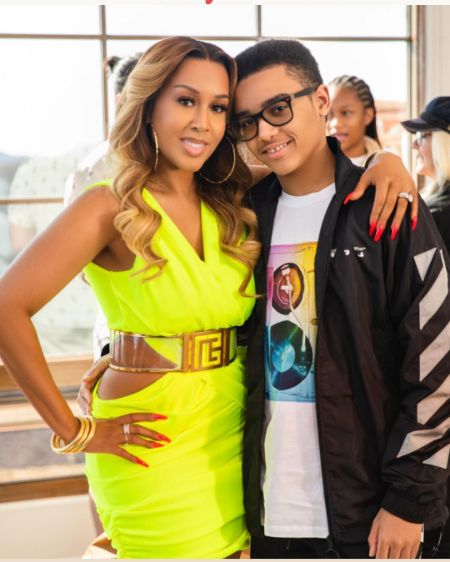 Many fans accused Kandy as a gold digger because of their vast age difference. And in an interview with KTVI, Kandy emphasized saying that their love is true. and even though he's older, he's young at heart."

Both Kandy and doesnt lag flaunting their chemistry on social media handle. Kandy never let any opportunity go to make her husband feel special. Lately, the lovebirds were seen together on Barcelo Maya Grand Resort.

Kandy Johnson and Husband Ron Isley, How Did It Begin?

It all started when the gorgeous singer met the recording artist when Kandy and his sister as JS singed on to Isley Brother's company. Johnson herself is a singer, and undoubtedly music connected them. 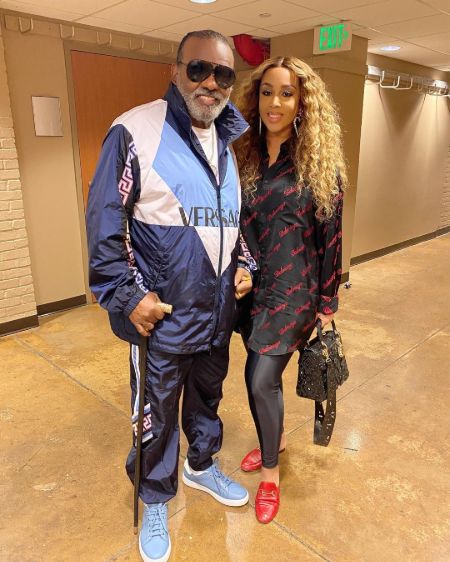 Moving on, Kandy is the proud mother of a son Ronald Jr shared with her husband, born in December 2006. A year after Ronald tied the knot, she got pregnant with her son.

Sadly, the circumstances left her to welcome the baby without Ron by her side. Ronald Jr. is growing up fast, and it won't be surprising if Ron inherited some of those traits from musician parents.

Ronald was sentenced to three years in federal prison following the tax evasion scandal of $303,411 tax debt in 2006. After four years, his release in 2010, Ronald continued his live performance. 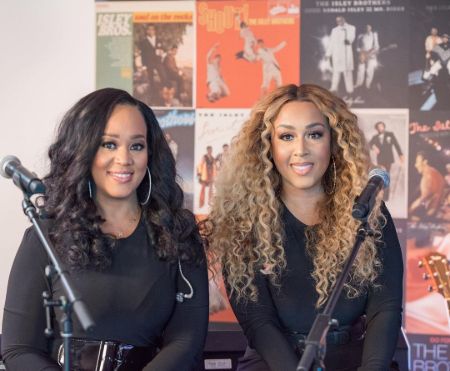 Not to mention, she visited her husband several times with their son. And during the challenging period, Kandy supports her spouse and doesn't let him down.

Past Marriages of Ronald Isley

Kandy Johnson isn't the first wife of Ronald Isley, as he has been married two times. Before Kandy, Isley got hitched to R&B star Angela Winbush in 1993.

After living as a husband and wife for almost a decade, the two parted ways in early 2002. He fathered a daughter named Tia Isley with his first wife, who arrived in 1969.

Along with her sister Kim Johnson, Kandy first entered the music industry working as a backup vocalist for about ten years for Michael Jackson, Sting, and Christina Aguilera.

Further, the lady was a part of the R&B group, the Johnson Sisters. The versatile musician pair drew the attention of her future husband. Eventually got signed to the Isley Brother's Management Company in 2001.

Along with her sister, Kandy sang background vocals on the Isley's Eternal album in 2001. The exact detail of Kandy's wealth is not revealed. But, as for Ronald, his networth is $2 million. As of 2022, the family of three is enjoying one another's a company with no financial worries.

Kandy Johnson Isley exchanged the matrimony vows with her boyfriend turned husband, Ronald Isley. The date of the wedding is August 14, 2005.

Ronald Isley Jr. is the son of Kandy Johnson Isley shared with her husband, Ronald Isley.