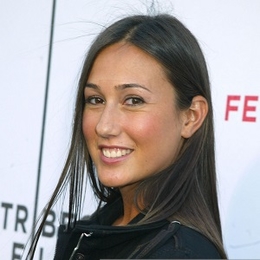 Lasso Artist and Actor Kansas Carradine comes from a line of the infamous acting family, the Carradine family. She carried the acting gene from his grandfather, John Carradine, having been featured on 'Kung Fu: The Legend Continues' and 'Rapid Eye Movement'. Born on April 19, 1978, her father David Carradine was married five times, so she moved around a lot, but horses were always around her.

Kansas Carradine was around the horses for as long as she can remember — two years old. But it wasn't until age 11 that she went professional. (Too young to call it professional?) Anyway, despite initially hesitating, she went to a horse camp at Riata Ranch, where attendees were also taught trick riding, and loved her time there. The owners, Tom and Vicky Maier, became her second parents as she started appearing in shows, six months after doing her first trick riding lesson. 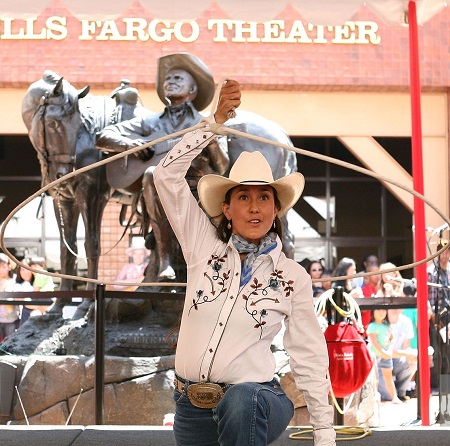 Kansas thus appeared on her first TV role on 'Open Fire' at 11 (it starred her father David, who was later in a relationship with Barbara Hershey) and continued riding for 15 years. She was then tired of dressing up in red, white and blue and performing at rodeos because she was "maturing as a performance artist". She was away from the shows for a year before the real breakthrough came up, for her professional life as well as her personal life.

She was questioning what she was supposed to be doing with her life and just waiting for a sign from the universe. Then a call comes from someone saying there was this new show.

"I was saying to the universe 'just give me a sign, I just want a sign'," she told The Sydney Morning Herald. "At that very moment the phone rang and it was somebody telling me that there was this new show - a circus show with horses that had been created by the Cirque du Soleil team."

She almost ignored the call as she thought she was not prepared for it, having been away from the horses for a year. But then it hit her, "Then I put the phone down and just sat there for a few minutes - and it was like a flash in my brain. Of course, it was the sign." 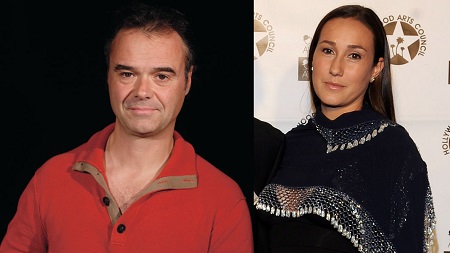 Kansas does the show that her husband choreographs.
SOURCE: Cavalia.com/Michael Schwartz, WireImage

Kansas then she auditioned for the show and was accepted into the troupe in 2003. And there was Montreal-born Alain Gauthier, the choreographer and resident director of the show with tons of experience, who was to be the father of her children and the love of her life.

And so, Kansas Carradine fell in love with to-be-future husband Alain Gauthier and married him shortly after. The year should be 2004, judging by the time they started touring with their team.

Husband-Wife Took the Show, Cavalia, Around and Had Two Kids on the Way

The husband's show she almost ignored was called 'Cavalia'. She performed for a year and then took a training position. Her job description required her to buy and start trick riding horses as they toured North America. There were two groups of the troupe, one with Cavalia and the other with Cavalia's other show, 'Odysseo'.

According to Kansas, if anybody understood her love for horses, it was her hubby, Gauthier. The show went on seriously since 2004, and they were family goals since they toured the world with their common love for horses. She later worked as a back-up performer afterward. But when her kids came, she did take time off of the show to take care of them when they were toddlers. Yeah, her husband was a caring one.

Watch: Alain Shares the Clips of His Kids During Christmas 2009

Kansas and her beau Alain had two daughters together. The first daughter, Phoenix Rose Carradine-Gauthier, was born in 2006. She is now 13. And their second child, daughter Bodhi Kaweah Carradine-Gauthier, was born in 2009. But when Kansas was pregnant with Bodhi that year, she was struck with her father's death by hanging (but not a suicide, supposedly) in Bangkok. She prayed and communed for her father for a while at the time.

Born Kansas Anne Carradine in Los Angeles, California, to David Carradine's second wife, Linda Gilbert, it must have been a lot of pressure for her to enter the entertainment industry since her entire lineage is huge in that part of the world. And she did feature in some shows & movies with her dad too. But she didn't take it up full time as she was later with her husband doing what she loved and knew best. 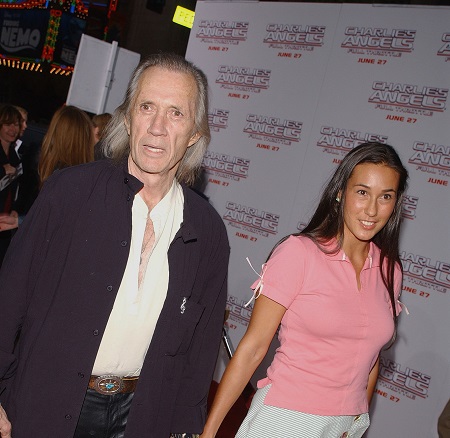 As much as she loves touring with her husband, she does try and stay away from the limelight as much as possible. So don't expect her to appear on the red carpet anytime soon. But Alan does operate a YouTube channel on which he uploads videos very rarely. But you can catch her performing shows on there, a little glimpse into her lifestyle.

Stay tuned and connected to MarriedWiki for more Biography and Gossip content.

Kansas Carradine met her husband Alain Gauthier after she auditioned for a horse-related lasso-trick show that he was the choreographer of, in 2003. They fell in love immediately and married soon after. They traveled with the show, Cavalia, around the world while being parents to two daughters, Phoenix and Bodhi.

Phoenix is the first daughter of lasso artist Kansas Carradine and her husband Alain Gauthier, born in 2006. She is currently at least 13 years old.

Phoenix is the second daughter of lasso artist Kansas Carradine and her husband Alain Gauthier, born in 2009. She is currently at least 10 years old.