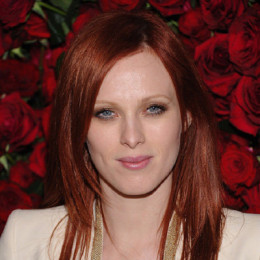 She is a beautiful and a very talented British model, guitarist, singer and song writer. She has been active in the industry since 1995. She has a ywin sister Kate Elson, who is a filmmaker. They look alike. She had attended North Chadderton School with her sister. She began modelling as a teenager and was found by an agent when she was 16. She has appeared in several of the magazines and has also appeared in movies. She also has released her album in 2010.

There is no current information on her relationship if she is single or is in relationship. She was married to her biyfreind for eight years and got divorced. She has two children from that marriage. Prior to her marriage, she had dated with couple of men for long and short stint. She loves her children very much and loves to spend her time with them. She is living happily with her children now.

He is best known as frontman in the band The white stripes. The two had met during the course of video shoot of their song where she was a model. The dated for a while and got married. They have two children together. However, things did not go well and they broke up.

She is quite young. She is very cute and adorable. She goes to an elementary school. Her mother loves her very much.

He is very lovely. He goes to elementary school with his older sister. He is the youngest member in his family. He is loved by his mother and sister very much.