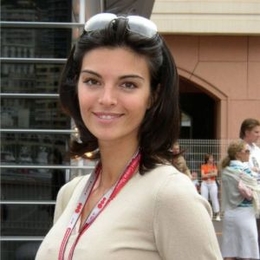 A successful Belgian television presenter Karen Minier is also a model. She received a journalism degree from the Free University of Brussels. Besides her profession, she gained further fame after marrying her spouse David Coulthard, a former Scottish F1 driver. From their conjugal relationship, the husband and wife are blessed with a son.

Romantic Married Life With Her Spouse

Karen Minier lives a blissful married life with her boyfriend turned husband, David Coulthard. They met each other while Minier interviewed all F1 drivers for the 2003/4 seasons for the French TF1 show F1. Later, in December 2005, the two officially began dating. 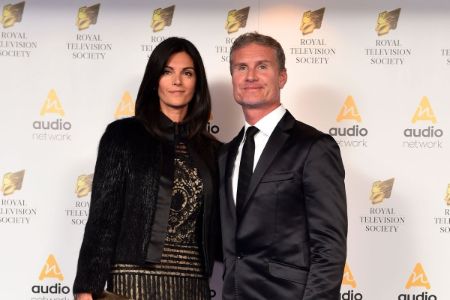 At that time, David just had a breakup with his then-fiance, Brazilian catwalk queen Simone Abdelnour as they were engaged in 2003. Minier and David's affair became one of the most discussed topics on the internet. For the presenter, it is the first relationship, whereas the former racer dated a few girls in the past.

David first dated a Canadian model Andrea Murray. The duo was further engaged, and they remained together for almost six years until 1997. However, he later dumped Andrea for a US model Heidi Wichlinski. Similarly, they got engaged on Millennium night, but their relationship did not last long. David likewise dated Kendja Demoraes for short. 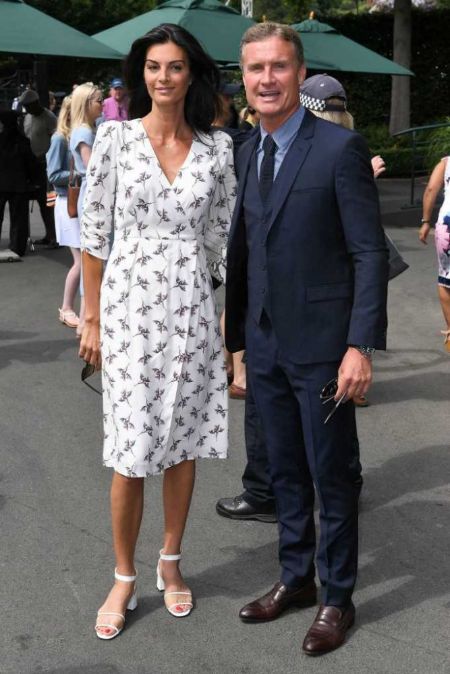 Minier and David were happy to be part of each other's lives, and the failed past relationships of the racer did not affect their bond. So after dating for less than a year, the pair decided to take their relationship to the next step and got engaged on 2nd June 2006.

Although they engaged soon, it took them a few years more to get hitched. As per the source, they married on 27th November 2013; however, the couple is yet to confirm it. Furthermore, when the family members of David were asked about it, they refused to comment. His brother Duncan said, 'That’s none of my business.' 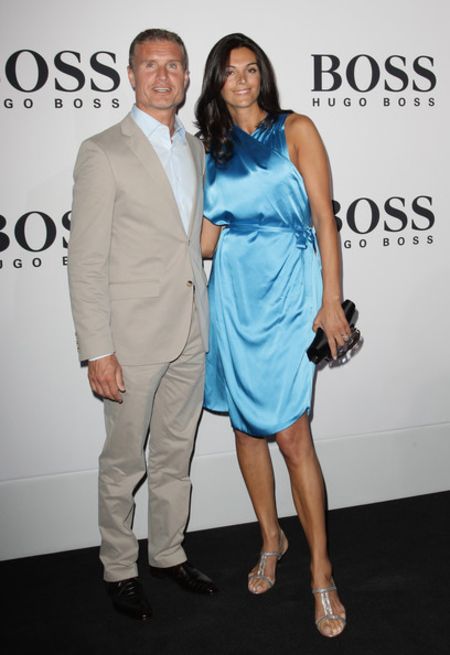 “The word going around the town is that David flew his parents Duncan snr and Joyce over to Monaco and said he needed them to babysit for a wee while."

They further said that when David's parents arrived, they got surprised by a very secretive wedding. Even though Karen and David are still mun regarding their wedlock, they share an unbreakable bond and are living happily with each other.

Shares A Child With Her husband

The television presenter, Karen Minier, and her hubby are proud parents of a child. They welcomed their son before their marriage. Minier gave birth to their son Dayton Minier Coulthard on 21st November 2008. Dayton was born at 1:25 p.m. weighed 6 lbs, 3 oz at the time of birth. 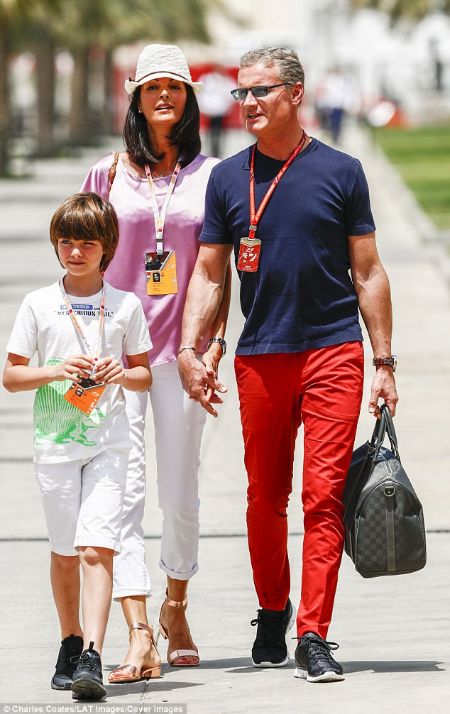 Karen Minier with her hubby and son SOURCE: Daily Mail

Besides, her husband David has a daughter from his previous relationship; however, her identity is still concealed. Furthermore, the details of his daughter's mother are also yet to be revealed. 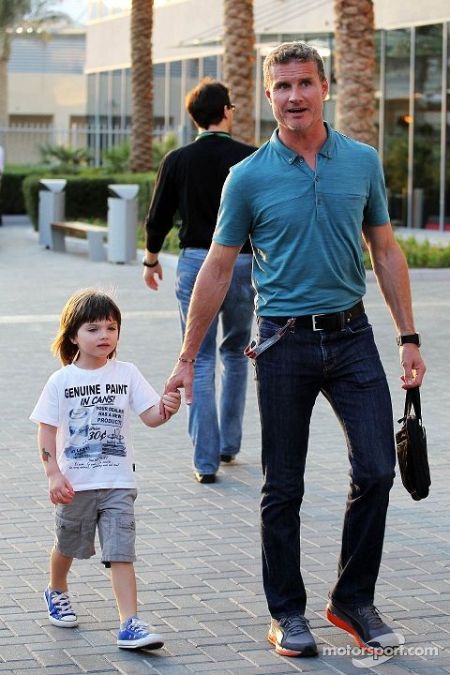 Karen treats equally to her son and step-daughter. Nevertheless, she makes rare public appearances with her children. Also, the model has kept her Instagram account private.

Karen Minier signed to a modeling agency shortly after receiving a journalism degree. She later began working as a interviewer for the show F1 in one where she interviewed F1 drivers for the 2003/4 seasons. Similarly, in 2005, Minier presented the show. They have ways of making you talk.

She likewise presented several other TV shows from which she received good paycheques. As a TV presenter, she probably receives an average annual salary of around $59994. Furthermore, Minier holds a net worth in a few thousand.

On the other hand, her husband David Coulthard is a former racer, and currently, he is a presenter, commentator, and journalist. From his multiple professions, David makes a good income and holds an overall net worth of $80 million.

Dayton Minier Coulthard is the son of a television presenter Karen Minier and David Coulthard, a former racer.