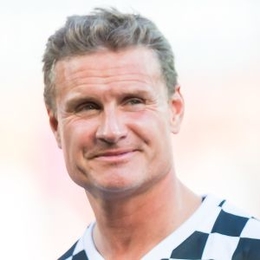 Among one of the renowned and celebrated names in the Formula One racing drivers of the early 2000s, David Coulthard can be considered as one of them. The retired Scottish driver is the former Formula One racing driver who, in his career, raced for teams like McLaren and Red Bull. In his career, he has won Grand Pix, finished third in the World Drivers' Championship, and was runner-up in the 2001 Formula One Drivers' Championship.

Who Is David Coulthard's Wife?

David Coulthard is living a happy married life with his beautiful wife, Karen Minier. His partner Karen is a Belgian television presenter and former model who previously worked for the French TF1 show "F1 in one."

The pair first met the charming journalist in 2005, and rumors of their dating appeared in December 2005. Just a couple of months after that, the two became engaged on June 02, 2006. 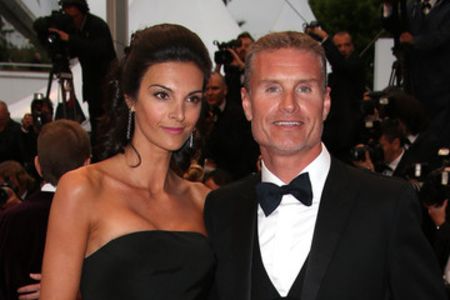 David Coulthard is in a happy relationship with his wife, Karen Minier. SOURCE: Zimbio

In 2008, the couple became parents for the first time when they welcomed their son Dayton Minier Coulthard. The Scottish race car driver insisted that he won't be settling down soon and will remain a bachelor for a while, but he assured he would marry Karen in the future.

At that time, David was in Monaco while his then-finance resided in Brussels. During their off days, they would often come to meet each other.

Coulthard finally got hitched in December 2013. The pair reportedly had a secret wedding in Monaco.

The duo's wedding was attended by family, friends, and close ones with Prince Albert as the guest of honor. Since that day onwards they the Formula One driver has been living happily with his partner and child. 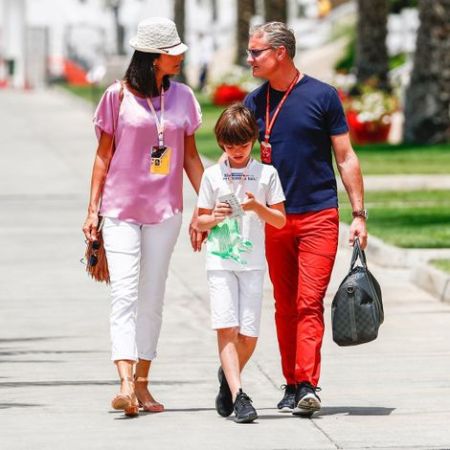 As an active user of social media, he occasionally posts pictures with his family.

Past Relationships And Affairs

As good of a partner and father, he might be right now; he was not that way in the past. He dated several women in the past, and in fact, he was once famous for changing girlfriends faster than his tires at a Grand Prix pitstop.

The Scottish race car driver's first serious relationship was with Andrea Murray, with whom he began dating in 1991. He dated the Canadian model for six years and later split with her in 1997 after he found his new love, American model Heidi Wichlinski. 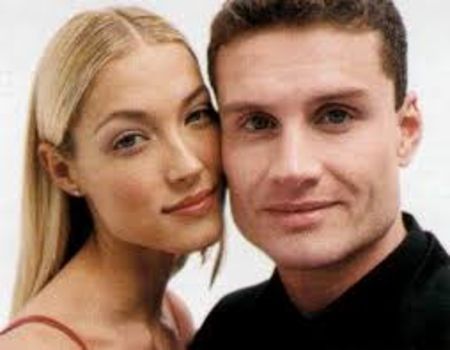 The two went on to date for four years and even exchanged rings, becoming engaged on the night of the new year 2000. Just a year after that, due to differences, Coulthard and Heidi ended their relationship.

After the split with the American model, the 13 times Grand Prix winner soon started romancing with Brazilian model Simone Abdelnour whom he met while attending Naomi Cambell's birthday party in St Tropez. 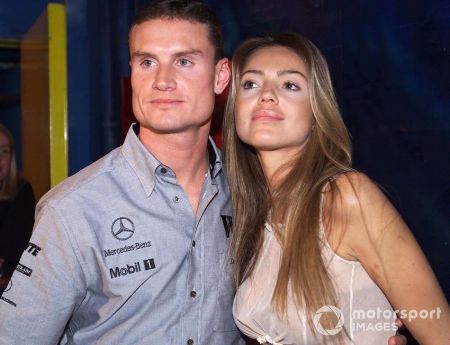 Two years later, he became engaged with Simone in 2003 and began living together. But the bond could not last long as he dumped the Brazilian beauty after commencing his love with his current spouse Karen.

Other than this, he was also linked with models Kendja Demoraes, Heidi Klum, and actress Ruth Taylor.

On May 02, 2000, David Coulthard leased the Learjet with his friend David Murray. Along with his then-fiance Heidi Wichlinski, he was traveling to Nice, however, on the route to Cote d'Azur Internationa Airport, Niece, the aircraft suffered engine failure, and the plane had to crash land.

While attempting an emergency landing at the Satolas Airport near Lyon, Coulthard and his finacee, along with his body gaurd, had minor injuries, however, pilot David Saunders and co-pilot Daniel Worley were fatally injured.

Both David and Daniel were taken to a hospital in Lyon but were later pronounced dead. Subsequently, upon investigation, it was found that the pilots skillfully maneuvered the aircraft and caused it to nosedive while landing and avoided any severe damage, which enabled the passengers to have less impact.

The Scottish racecar driver was fortunate enough to live to drive another day, and he might as well give thanks to the two pilots who saved his life that day.

Check out the clip of David Coulthard driving his car!

As a multi-millionaire, he owns several houses in Monaco, Switzerland, London, and Belgium. In addition to that, he has a fleet of supercars and a 45ft yacht.

Coulthard is also the brand ambassador of the German automobile company, Mercedes-Benz. He also assisted in the development of the Mercedes-Benz SLS AMG. The talented race car driver owns a midnight blue (904G) 1971 Mercedes-Benz W113 280 SL, which was built on the same day he was born.

With all the riches he possesses, he is, in short, the definition of a rich person!

The skilled car race driver has a few books under his belt. He published his autobiography book titled "It is what it is: The Autobiography" (Price= $17), A Driven Man: What F1 Teaches Us About the Business of Life David Coulthard (Price= $25.24), and The Winning Formula: Leadership, Strategy, and Motivation The F1 Way (Price $25.81).

If you are new here, be sure to check out at Married Wiki for more Celebrity Biography and News!!

David Coulthard is in a matrimonial relationship with his wife Karen Minier. His partner Karen is a Belgian television presenter and former model.

Retired F1 driver, David Coulthard, and his partner Karen Minier has a son Dayton Minier Coulthard who was born in 2008.