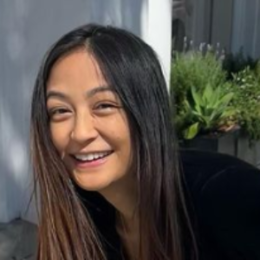 Karen Riotoc is famous for being David Moscow's wife. Moscow is an American actor, producer, and activist. She currently works at Radium One, an online advertising company.

Before their marriage, Karen Riotoc and David Moscow had been together for a long time. The lovebirds tied the knot in 2014. 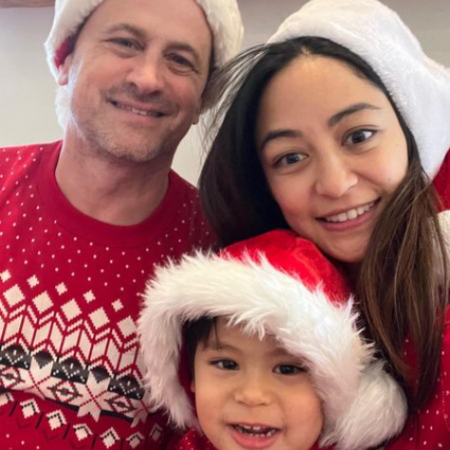 Karen Riotoc and David Moscow had been together for a long time. SOURCE: Instagram

The duo kept their romance secret. Everyone, including her followers, friends, and family, was shocked to hear that she had married David. The pair have two kids together.

Moscow was previously romantically involved with Kerry Washington. Kerry is an actress, tv show producer, and film director. They first met each other while they were seniors in high school. They announced their engagement in October 2004 and called it quit in February 2007.

Washington claims that the breakup was amicable and that the decision was not based on whether one party was at fault; instead, it was because the couple's dynamic was incompatible.

Kerry stated, "When we were putting the wedding plans together, I didn't feel like looking for a dress. But I took my time and didn't rush things. Instead of following rules, I go with my gut feelings. After some time had passed, we concluded that even though we loved one another on a very profound level, we were engaging in emotional acrobatics to resolve our differences. Instead of that, we had the idea that we should probably leave. That doesn't mean that the process hasn't been complicated."

As per Gossip Biography, Karen Riotoc has a net worth of approximately $500,000. While on the other hand, her husband, David Moscow, net worth is $3 million. 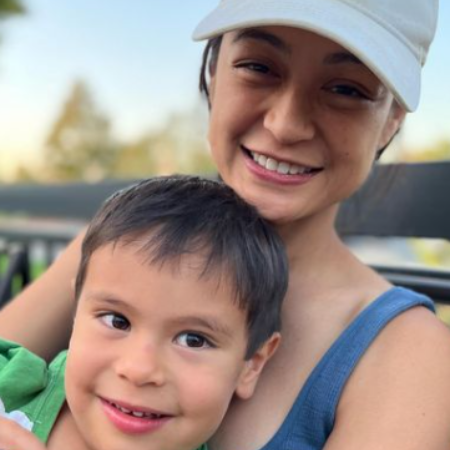 Karen Riotoc has a net worth of approximately $500,000. SOURCE: Instagram

Moscow's income came from his work as an American actor, producer, and activist throughout his professional career. He is involved in other business ventures and sponsorship partnerships.

Karen Riotoc's husband, David Moscow, was born on November 14, 1974, in the Bronx, New York, United States. David Raphael Moscow is his birth name. Jon Moscow is his father's name, and his mother's name is Patricia. 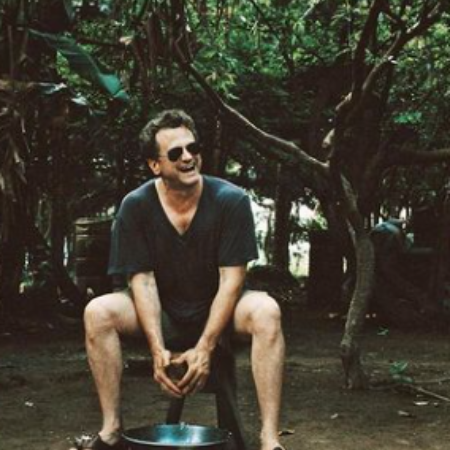 Moscow's nationality is American, and his ancestry includes Zanzibari, African-American, and Jewish components. His younger brother Lev participated as an extra in the production of Newsies and currently teaches history at The Beacon School in New York City. 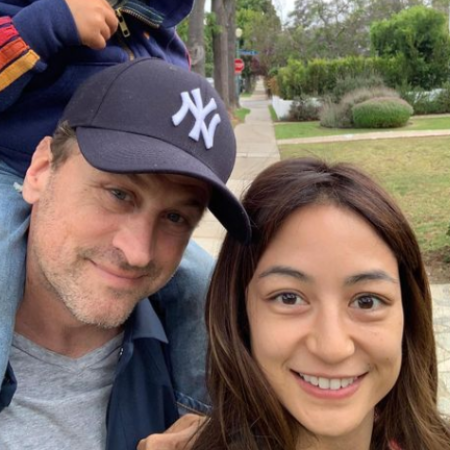 In Big, released in 1988, David Moscow was cast in the role of young Josh Baskin. SOURCE: Instagram

In addition, Moscow plays a leading role opposite Jessica Alba in the movie Honey. She has starred in several network television series, such as Zoe, Duncan, Jack & Jane. In the episode The Van Buren Boys of the television series Seinfeld, in which he played the role of Lomez Jr.

On Broadway, David has also performed in leading roles, such as the part of Artie in the production of What's Wrong with This Picture at the Brooks Atkinson Theatre. Alongside performers Tom Everett Scott and Michael Kelly, Moscow managed the New York theater company A Theater Co. Moscow collaborated with Lin-Manuel Miranda and Kerry Washington to co-create and co-produce the first production of In the Heights.

Moscow's film, the psychological thriller Desolation, was his directorial debut, and a successful Kickstarter effort partially sponsored it. The film Desolation has already been shown and received accolades at several film festivals worldwide, one of which was the Wroclaw Festival in Poland. Sylvio, The Jingoist, Blind, Easy Living, and Thirst Street are a few more recent projects he produced.

David started a Kickstarter campaign with a video replay of the "wish" sequence from Big starring Zoltar to raise money for post-production costs. Over seventy thousand dollars were raised thanks to the campaign.

Moscow has a long history as an activist, which he began in 1992 after dropping out of college to track wolves for the Round River Conservations Studies. His activism has been recognized for its importance.