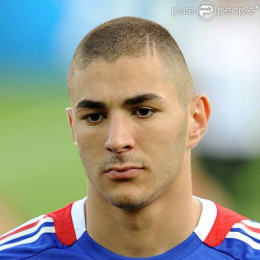 Karim Benzema is a French professional football player who is playing currently for the Spanish Club Side Real Madrid since 2009 and in the French national football team since 2007 as a striker wearing jersey number 9. He is a very talented and fierce striker known for his strength and powerful shots in the game.

Karim Benzema is possibly single at the moment. Previously, he dated Manon Marsault from 2010 to 2013.

Karim Benzema holds an estimated net worth of $40 million.

Benzema started playing football at his local club Bron Terraillon when was a child. Later he joined at Lyon in his youth and debut his professional career from the team in 2004-2005 season.