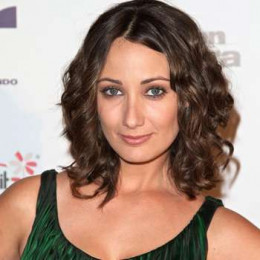 Karla Monroig is a Puerto Rican model, actress as well as a television host. Her mother is of Irish ancestry and her father is of Catalan ancestry. She had attended Academia San Antanio School. She had completed her degree in Communication from Universidad del Sagrado Corazon. When she was only 14 years old she had won the first runner up title of Miss Borinquen Teenage pageant. Again after that she participated in the contest named Cara de Imagen and once again she was the first runner-up. Immediately after that her professional career as a model stirred up. She has posed for the covers of several well-known Puerto Rican magazines.

She is a married woman. She is married to an American singer. The couple had started dating in 2008 and got married in the same years. She also has a child from her husband. The couple is so in love with each other. They are living a blissful life and there is no any rumor or any confirmation about them getting separation. Other than her marriage there has been no any information about her being in any relationships or dating any other guy.

She is married to an American singer named Tommy Torres . The couple had married in 2008 and their marriage life is still going happily.