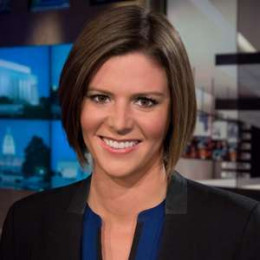 Kasie Hunt was born in Wayne, Pennsylvania to father Bruce Hunt and mother Krista Hunt. She went to Conestoga High School for her high school studies and graduated in 2003. Kasie went to George Washington University and graduated with a bachelor's degree in international affairs, and then completed her Master's degree in Sociology from the University of Cambridge . Her formal career in journalism began when she started working as an intern in the political unit of NBC News .

Kasie Hunt is a political correspondent who has been nominated for News & Documentary Emmy Award for Outstanding Continuing Coverage of a News Story in a Regularly Scheduled Newscast. Previously, she also worked in National Journal's Congress Daily as a health policy writer. Kasie joined NBC in 2013 and has been working for MSNBC since 2014 on the regular show "Morning Joe." There is no reliable source giving information about her relationship status.