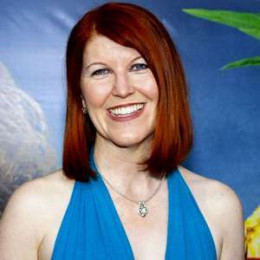 Kate Flannery is an actress. She is popular as Meredith Palmer in the NBC hit series called 'The Office'. Kate has seven brothers and sister. She has a twin sisters who is three minutes younger than her, Kate's sis is a social worker. She is a former member of The Second City’s, it a National Touring Company. Kate began her career as an improvisation actor.

Katherine Patricia "Kate" Flannery was born on 10 June 1964 in Philadelphia, Pennsylvania to Joan Donnelly and Thomas A. Flannery. She belongs to Irish-American descent.

She is three minutes younger than her twin sister. She is a social worker.

Also, she attended Shenandoah University and graduated from the University of the Arts.

Flannery is the former member of The Second City's National Touring Company.

She is best known for playing the role of Meredith Palmer on the NBC series The Office. She performed in her first movie Can't Stop Dancing in 1999 alongside comedian Margaret Cho. 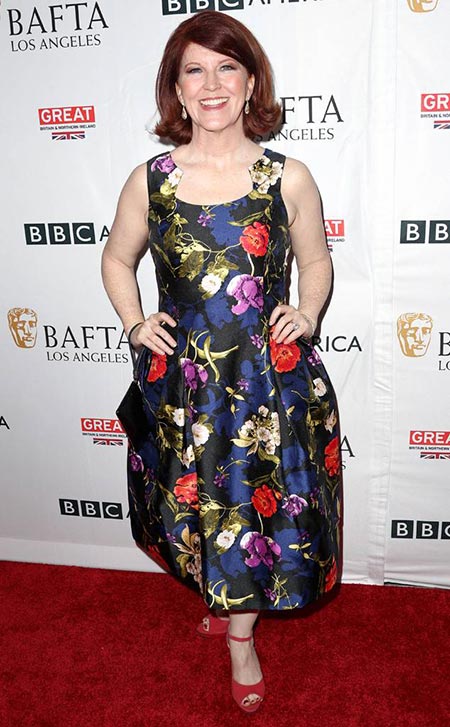 She appeared on Last Comic Standing as a talent scout with her Office co-star Brian Baumgartner in 2008.

Some of her recent TV shows include Liza on Demand, Kevin (Probably) Saves the World, and OK K.O.! Let's Be Heroes.

Flannery has an estimated net worth of about $2 million as of December 2018.

Kate was married to Chris Haston. They were dating each other before they got married, but because of some misunderstanding, Kate and Chris legally separated.

Then there is today. When you least expect it the sun comes out and you’re wearing black on a white sand beach. Ain’t life grand? Day 26 #aswinginlittlechristmas tour @janelynchofficial @tonyguerreroquintet @loudmouthmuch

She is single and there are no any rumors about her seeing a boyfriend. Her ex-husband Chris is an actor.

She's been so close with American actress and singer Jane Lynch. They frequently tour together since 2013 in her show See Jane Sing.

Kate Flannery has been in a relationship with Chris Haston. He is an actor. Both of them are separated now.