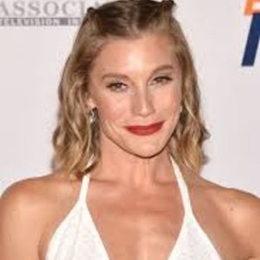 Katee Sackhoff is an American actress hailing from Portland, Oregon. She's been contributing entertainment industry for more than two decades now and doesn't seem to quit anytime soon. Kate earned name and fame for herself throughout her career.

Who Is Katee Sackhoff Dating in 2020?

Actress Kate Sackhoff is not really single. The "Another Life" cast began dating boyfriend Robin Gadsby in September 2019. Furthermore, She is all set to begin a new journey of her life with partner Robin Gadsby. On her 40th birthday, Mr. Gadsby proposed to her with the "Will You Marry Me?" cake. 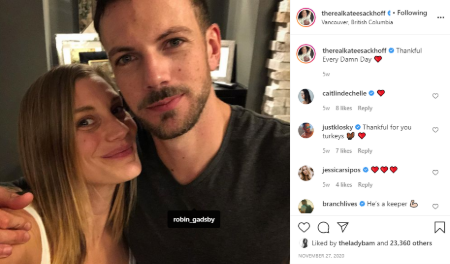 Katee Sackhoff is in a relationship with her new boyfriend, Robin Gatsby.
SOURCE: Instagram

In addition to that, the starlet shared her excitement via Instagram post with the caption "I said yes" and "This is 40" on 10 April 2020. Even though the pair have not yet disclosed their further plans for the wedding due to the Covid-19 pandemic, they are spending quality time together.

Before being engaged to Robin, Katee exchanged vows with film producer Scott Niemeyer in 2012 but parted separate ways shortly thereafter. She was engaged to Scott for seven years. Some online sources claim that Kate started seeing Scott in 2005.

The Battlestar Galactica previously dated a New Zealand born actor Karl Urban in 2014. They remained in a romantic relationship for a year. But soon called it quits citing unknown issues. Amidst the affair, Katee and Karl have met each other's parents, and she was very familiar with Karl's two kids from a past relationship.

Sackhoff is a cancer survivor. While shooting Battlestar Galactica, Katee was diagnosed with thyroid cancer. Post finding out about her disease, he underwent surgery to remove the tumor. Nonetheless, the diagnosis changed her forever.

Kate Sackhoff has an estimated net worth of $4 million as of 2020. Needless to say, her primary source of income is a career as an actress. As an established actress, she receives an annual salary of $60,000 per episode.

Sackhoff made her professional acting debut right after finishing high school. The Oregon native was cast in the television movie, "Fifteen and Pregnant." Following the project, she flew to Los Angeles to engage in acting full-time. 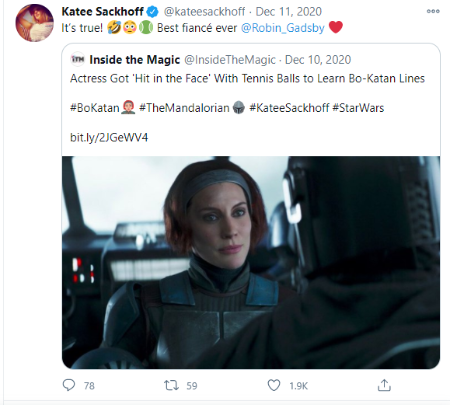 Katee Sackhoff holds a massive net worth of $4 million as of 2020
SOURCE: Twitter

In the same vein, Kate, 40, starred in a string of short-lived television series throughout the 90s and 2000s. She portrays the role of bringing her the most widespread fame as Kara "Starbuck" Thrace on the reboot of "Battlestar Galactica."

The series aired for five seasons. Besides, She made guest-appearance on television series including "Cold Case," "Nip/Tuck," "Robot Chicken," and "The Big Bang Theory." Not only that, Katee made recurring roles on "Bionic Woman" and "24" as well. From 2012 – 2017 the blonde beauty featured on the series "Longmire." In 2019 she had debuted in the Netflix series "Another Life."