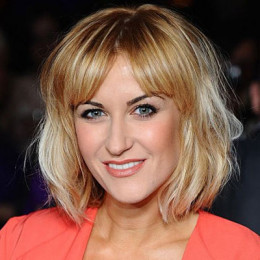 A gorgeous stage and television actress. She was trained in Royal Academy of Dramatic Art. Her younger sister named Gracie is also an actress. She has a very good connection with The Lamproom Theatre which was established by her father.

She is very popular for her performance in Royal Shakespeare Company. Besides that, she has also worked for Chichester Festival Theatre with actress Amy Robbins. She is married to her husband, Ryan Clark, and shares one daughter.

Katherine was born on 19 November 1979 (age 38), in Barnsley, South Yorkshire, England. She is the daughter of John Kelly and Anne Kelly. She grew up in the Barnsley neighborhood and attended the Wakefield Girls' High School.

Her father originally established Lamproom Theatre in Barnsley. He is originally from Castleisland, County Kerry, Ireland. The actress trained in acting at the Royal Academy of Dramatic Art (RADA). There she studied with Meredith MacNeill and Laurence Fox.

During her time in the institute, she worked in various theatre dramas which further honed her already exceptional acting skill.

Excluding all of her previous theatre works, she made her debut in 2003 movie, Last of Summer Wine, playing the role of Sharlene. In the TV series, she appeared in one episode titled, "Ancient Eastern Wisdom — An Introduction."

Her role in the episode caught eyes of many producers which led to few more roles in Silent Witness, The Royal, Bodies, and No Angles. But her most prominent role came in the hit British TV series, Coronation Street. She joined the show in 2006.

At first, she was cast as the guest character but soon found her way to become the series regular. She worked in the series for 6-years until leaving the show in the year 2012.

Speaking of her big screen work, she has worked in movies such as Sons and Lovers, Mischief Night, and The Last Witch. She has also lent her voice in Class.

Talking about her personal life, she has married her longtime boyfriend, Ryan Clark on August 20, 2013, in Las Vegas. She had a very romantic love story with her boyfriend and according to her, they got married without informing their parents.

They tied the knot in a secret ceremony at the Little Church of the West in Las Vegas. Ryan is from Australia.

The couple is a proud parent of one daughter named Orla Rae Kelly Clark, born in 2014. Until now, there are no any rumors related to their divorce and extramarital affairs from both sides by which we can confirm they are having a happy married life.

Katherine Kelly is famous for her role in the series Coronation Street. Now according to many sources, as of this year, her estimated net worth is $12 million. The main source of her wealth is from her acting career.

The average salary of a series regular in Coronation Street is around $67k. As she was the series regular we can expect her salary to be around the same figure.

Their marriage was performed in the Little Church of the West without presence of their families.

She is very cute and adorable. Her picture along with her mother can be found in different sites.