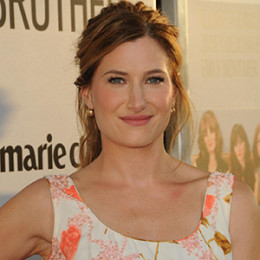 Kathryn Hahn, an American actress of German and Irish ancestry, was born in Westchester, Illinois and was raised in Cleveland, Ohio. She went to Beaumont School to complete her high school studies and graduated with a bachelor's degree in theatre from Northwestern University. After graduating, she again went to Yale School of Drama to learn drama. Kathryn started her formal career in acting by working on NBC's show Hickory Hideout. She had a debut in movies after working in How to lose a guy in 10 days in 2003. Afterwards, Kathryn worked in many well-rated movies such as Revolutionary Road, Step Brothers, Wanderlust, The Last Mimzy and so on.

Kathryn Hahn is an actress who is well praised for her facial expressions and has the excellent comedic ability as well.

Kathryn Hahn was born on July 23, 1973, to Karen Hahn and Bill Hahn. She graduated from Northwestern University, where she obtained a bachelor's degree in theatre before attending Yale University.

Kathryn Hahn first appeared on TV program was Hickory Hideout, a local puppet show for children. In 2003, she appeared in the romantic comedy film, How to Lose a Guy in 10 Days starring in a supporting role alongside Kate Hudson and Matthew McConaughey in lead.

She has a hobby of painting and loves doing yoga and had a profound stage experience before coming into movies.

Kathryn and Ethan had attended the same university for their graduate study. Ethan is also an actor particularly known for his works in Crossing Jordan, Flushed, and The chocolate war. The couple played opposite roles in the series Crossing Jordan.

Ethan looks cute and has a smile resembling that of his mother. There in not much information about him.

Mae was seen together with her parents in the premiere of the movie Tomorrowland. She has got adorable and cute looks.