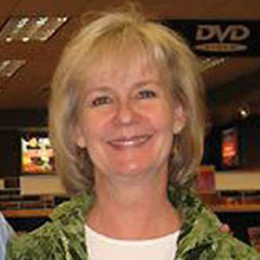 Kathy Gerrity is a model and an actress. She is mostly known as the wife of popular Television personal Steve Doocy. She is even a junior member of the sports team. Although she has her own identity in the field of acting her public popularity always comes with the name of her husband.

Kathy Gerrity's early life is completely unknown as she only gained famed after getting married to a celeb person. Even after becoming a well-known WAG, there has been no information disclosed regarding her early life.

Kathy Gerrity does not have her own identity, rather she is popular as the spouse of her famous husband Steve Doocy. She is a regular housewife who mostly spends her time at home.

Kathy’s exact figure of net worth is not known. However, as of 2018, her husband’s net worth is estimated to be $2 million. Steve is one of the highly paid Fox News personality. He earns the majority of his income through his professional career as a host, author, television personality, and political commentator.

Steve met Kathy Gerrity, his current wife, at WRC-TV in Washington DC. That was when Steve was a junior member of the news section of the network and Kathy was working for the sports team there. Eventually, they went on a date and started to share their feelings with each other. 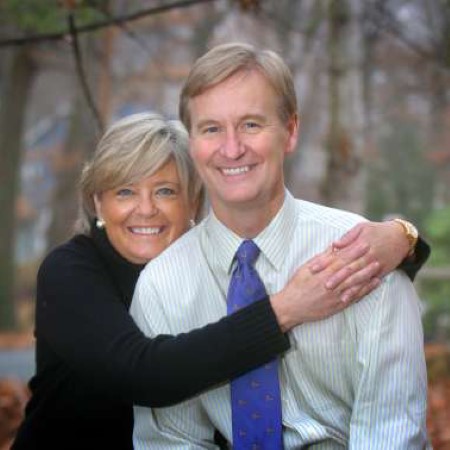 The 60-year-old Doocy is very active on social media, sharing photos of his family whenever he can. The couple shares three children – Peter Doocy, Sally Doocy, and Mary Doocy.

In 2007, Doocy published his first book The Mr. and Mrs. Happy Handbook sharing to the audience how much he loves his wife, as well as the secret to their long-lasting marriage.

Kathy and Doocy moved out of Washington D.C. and shifted to New York when their oldest son Peter was two years old. They then decided to raise their kids in one place. Doocy’ father was a traveling salesman and the decision was influenced by him as they didn’t want their kids to have to have a normal childhood without moving all the time.

Peter Doocy, the eldest son, works at Fox News as a reporter. He is working as a general assignment reporter since 2009. He is best known for hosting the documentary The Man Who Killed Osama Bin Laden. Moreover, he covered the 2013 Boston Marathon Bombing, the Sandy Hook Elementary School shooting as well as the last three presidential elections.

Meanwhile, Doocy and Kathy share two daughters.  Mary is a counsel for the House Oversight Committee since May 2016. Prior to this job, she worked as a legislative assistant in Congressman Mike Pompeo's office. She has a Bachelors degree in Arts from Boston College with specialization in English and Philosophy.

The younger sister of Mary, Sally Doocy works as a sales planner at Fox News. She was previously an intern in former US president George W. Bush's office in 2015. She earned her B.A. from Southern Methodist University in Advertising.

After several romantic dates, Steve popped the question to the love of his life. Following their engagement, Steve got married to Kathy in 1986. The next year, on 21 July 1987, the happy couple welcomed their first child, a baby boy.

On 21 July 1987, the happy couple welcomed their first child, a baby boy. Peter Doocy is currently a general assignment reporter for Fox News Channel and following his parents’ footsteps is proving to be very beneficial for this young and handsome lad.