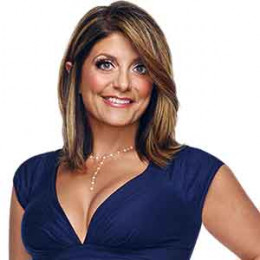 Italian-American reality star Kathy Wakile is best known for her appearance in the Bravo series, The Real Housewives of New Jersey. She is a successful entrepreneur as well who has her own jewelry line and owns a restaurant called Pizza Love. In the reality show, she can be seen living a normal life with her children and having feuds with her cousins. Besides she has written a cookbook named Indulge: Delicious Little Desserts That Keep Life Real Sweet.

Kathy Wakile was born Katherine Pierri on October 4, 1965, under the birth sign Libra in Paterson, New Jersey, United States. She grew up with her younger sister Rosie and her three brothers. Her sister Rosie came out as a lesbian later on. Before getting into the fame she worked as a hair stylist and her husband was the operator of a gas station.

Kathy Wakile is professionally a reality television personality and entrepreneur who appears in the Bravo series, The Real Housewives of New Jersey. She was cast in the third season of the show which premiered in May 2011. The show features her life with her children and her desire to open up a restaurant someday. In the show, she is shown having feuds with her cousins Teresa Giudice, Melissa Gorga, Joe Giudice.

Their feuds have gone extreme and now they don't communicate much. Wakile is busy focusing on her career, kids and doesn't seem to be bothered by the feuds. Recently in October, there was news that her co-star Joe Giudice was deported to Italy from America since he hadn't become a citizen of America yet. Wakile was heartbroken over it despite the feuds between them. 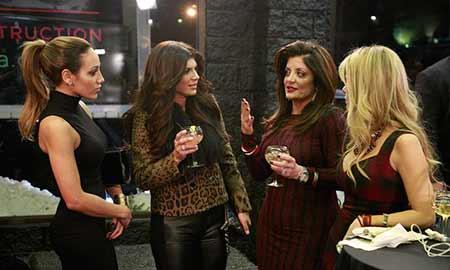 Besides she has introduced product lines like Goddess Eye Jewelry, Red Velvet Cosmo which is a ready-to-pour cocktail and Dolci Della Dea having a cannoli kit.

Wakile has also written a cookbook named Indulge: Delicious Little Desserts That Keep Life Real Sweet. Along with her husband Richard Wakile, she opened up her very own restaurant in September 2017 in Bergen County and named it Pizza Love. The restaurant is known for its Italian & Mediterranean food, desserts and mostly Pizza.

The couple owned a house in Wayne which they bought for $340k 23 years ago in 1995 and they put it for sale in the market for $800k in 2015. It was a four-bedroom house with a two-story entrance foyer and a finished basement with full bathroom & summer kitchen. Their house in Franklin Lakes, New Jersey is made from the scratch and they first bought the empty lot there in 2013 for $675k.

Kathy Wakile is a married woman who happily exchanged vows with Richard Wakile in 1993. He is the owner and operator of NJ gas stations. The couple is residing in Franklin Lakes, New Jersey and is a proud parent of two children, a daughter named Victoria Wakile born in 1996 and a son named Joseph Wakile in 1998.

Their daughter Victoria was diagnosed with a brain tumor and has to go under two operations to remove the tumor in 2014. Victoria and her mother Kathy Wakile often involve themselves in events to raise awareness for brain cancer. Her jewelry line Goddess Eye Jewelry donates a portion of the sales to the National Brain Tumor Society.

North of the Border

In December 2015, their son Joseph got in a car accident while he was trying to avoid a deer on the road which led him to crash into a tree. The car rolled over and slowly he got out of the car and luckily wasn't injured. Besides, he is a huge Drake fan and along with attending college, he is a real estate agent as well. 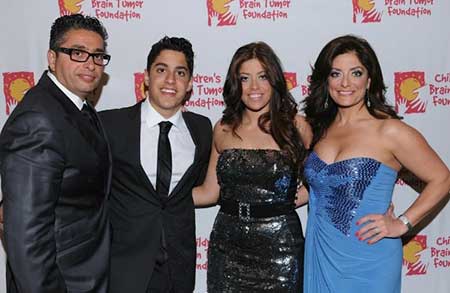 Kathy Wakile with her husband and children
Source: OK! Magazine

As for her social media handles, she is pretty active in most of the social media sites. She has around 529k followers on Twitter, 487k on Facebook and 382k on Instagram.

She does sprint set and follows healthy habits to maintain her physique. Wakile consumes soul food mostly and avoids too much of things like cocktail and ice cream in her diet. Wakile stands a height of 5'2 feet.

Here is a video of Kathy Wakile giving an interview for Celebrity News Online.

She is a married woman who happily exchanged vows to Richard Wakile in 1993. He is the owner and operator of NJ gas stations. They have been married for 25 years.

The couple has a daughter named Victoria Wakile who was born in 1996. She is involved in social works with her mother.

The couple has a son named Joseph Wakile who was born in 1998. Along with attending college, he is a real estate agent as well.