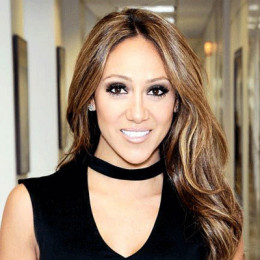 Melissa Gorga is a very talented and beautiful American reality television personality and singer. She belongs to Silician descent and been in the cast of the show The Real Housewives of New Jersey since 2011. She has appeared in more that fifty of its episodes. Not much information is available on her life. She started her minor music career singing at the Real Housewives and her single was also hit on the iTunes.

She is a married woman. She is married to Giuseppe "Joe" Gorga, who also appears on The Real Housewives of New Jersey. She has been loyal to her husband. She has three children namely Joey, Gino, and Antonia.

Such an amazing night last night celebrating @joeygorga book So proud of him! Thank you @brianloiacono for helping to make it perfect!

She has not been pulled in rumors or scandals related to her personal life. Prior to her marriage, there is no any information available on her past affairs. She does not like to talk much on her personal life in public.

She is best known as the member of the cast of  The Real Housewives of New Jersey. She joined the show in its third season.

He is a reality TV personality . The two are married for more than two decades now and has three children. They are living happily together.

She is quite grown up now and attends her high school. She is very beautiful. She loves her parents very much.

He is in his teenage and attends school. He is very lovely and obedient. He loves his parents very much.

He is the youngest member in his family. He is loved by all. He is very cute and smart.