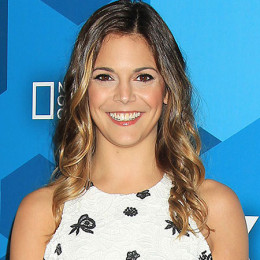 Sports Emmy Award-winning sports personality and host, Katie Nolan is the Guinness World record holder. She worked in several networks including Fox and ESPN. Nolan started her professional career as a host by working for a part of Fox Sports' network in 2011. The media personality hosted as well as produced Guyism Speed Round series on YouTube. As of now, she appeared in several tv shows.

Is Katie Nolan Engaged to her Boyfriend?

The Guinness World Record holder, Katie Nolan,32, is not married yet. In 2018, Nolan revealed that she was in a long-distance relationship with her boyfriend who might soon turn into her husband.

Back in 2012, Katie was once rumored of being engaged to her lover Kevin Connolly, an actor. Speculations started to swirl after she and her beau flirted via Twitter.

Nevertheless, it was just friendly flirting rather than lovey-dovey flirting. Some of their fans even noticed their direct conversation.  Later, it resulted in nothing but just a short fling.

Today was a good day

Moreover, in 2015, Nolan posted several pictures with her boyfriend. She even mentioned her boyfriend in several tweets. On top of that, she also announced that she was getting married soon.

Considering the fact that Katie Nolan is very private about sharing her private life with the public, the media personality is still yet to release information about her romantic life to her fans.

Nolan and Entourage star Kevin Connolly was rumored to be flirting with each other on Twitter. This started on 25th May 2015 when Nolan replied one of the tweets of Connolly about hockey publically. Connolly then direct messaged her saying, ''Great icon picture!!!''

Nolan later, screenshotted and posted the DM sent by Kevin on facebook. This created a controversy in media where commentators insulted Kevin and even called him ''dogshit.''

A few days later, Connolly posted a status on his Facebook sarcastically where he mocked Katie and other commentators. Later, Katie responded saying:

''...and blocked on twitter. You're rather dramatic, a good actor, though cuz you're much less funny in real life.''

The online war went for months and later was settled after they blocked each other on Twitter.

What is Katie Nolan's Net Worth and Salary?

Katie Nolan possesses an accumulated net worth of $1.5 million. Nolan is making an impressive net worth and salary from her hosting career. She is making an annual salary of $600 thousand. According to some sources, an ESPN host makes an average salary of $13.90 to $200 per hour. 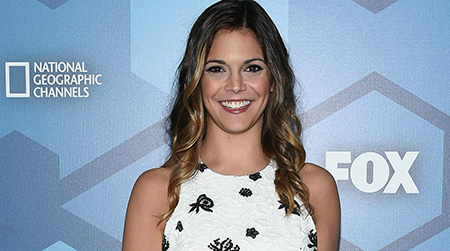 From her career, Katie is successful to collect a good fortune to her wealth. Moreover, she is working on several networks and shows where we can see a rise in her income. Besides, the journalist is also involved in several charity activities.

Katie Nolan, a news anchor began her career serving as a bartender in Boston at the White Horse Tavern. At the time, she did a blog, Bitches Can't Hang that focuses on pop culture and news.

In 2011, she joined Guyism, part if Fox Sports Yardbarker network, where she anchored and produced the YouTube series Guyism Speed Round.

Katie joined Fox Sports 1 in August 2013 as a digital correspondent for Crowd Goes Wild, a sports entertainment talk show presented by Regis Philbin. Most notably, she achieved praise in multiple media outlets for her commentary on the Ray Rice domestic violence incident.

The brown-haired began serving at ESPN since October 4, 2017. Since then, she co-hosted WSPN's Highly Questionable several times. On the rise of November 2017, Nolan did a podcast with ESPN in addition to a digital show later.

In early 2019, the series switched to ESPN2 and the ESPN app so that Nolan and her staff could post more show clips to social media.

Born Katherine Beth Nolan on 28th January 1987 in Boston, Massachusetts, Katie Nolan is a sports personality. By nationality, she is American and belongs to White ethnicity. Her parents raised her with her brother, Kevin.

ask for a bathing suit photo, internet, and you shall receive. #tbt

Furthermore, Katie attended Framingham High School. In 2005, he graduated with a Bachelor of Arts degree in Public Relations. Similarly, she did a minor in Dance from Hofstra University in 2009.

Check out the interview with Katie Nolan at Jimmy Kimmel Live!

Besides all this, the 5 feet 7 inches tall was able to set the Guinness World Record for the most doughnuts stacked in a minute amid blindfolded with 7. The event was held on the 7 November 2018of "Always Kate with Katie Nolan". Katie achieved two gold medals at the 1997 Junior Olympics in Rhythmic Gymnastics.