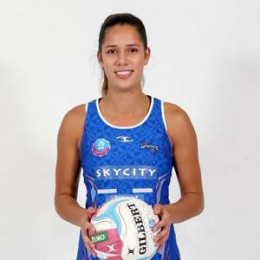 Kayla Cullen is a New Zealand prominent netball player. She is the daughter of James Cullen and Pamela Jones. Kayla attended Auckland Girls Grammar School. In 2011, she won the award for the ANZ Championship's Best Young Player. She was named in the Fast5 Ferns for the 2012 Fast5 Netball World Series, where she won a gold medal, used only in the C position. Kayla Cullen was also on the 2011 team, where Kayla Cullen won a silver medal.

In early 2016, Kayla Cullen was rumoured to be dating Shaun Johnson. Both are often spotted in public places and Instagram but they denied their relations. Kayla Cullen stated that they are just friends who liked spending time together like anybody else. Very few details are made open regarding her personal life. According to our record, currently, Cullen might be single.