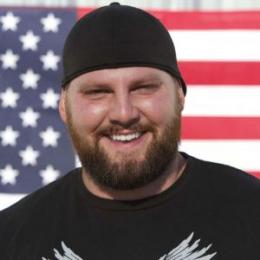 Keaton Hoskins is an American Diesel car enthusiast who is part of the reality TV show 'Diesel Brothers'. He is also a fitness expert and boasts an impressive body by which he earned the nickname, “The Muscle.”

Is Keaton Hoskins in Relationship? Know more about his girlfriend, Wife, Children, and Personal Life.

Keaton Hoskins is currently in a relationship with a woman named Mamie Reeder. She works in the position of Director of Executive Operations at Predictive Technology Group Inc. in Salt Lake City, Utah, USA. 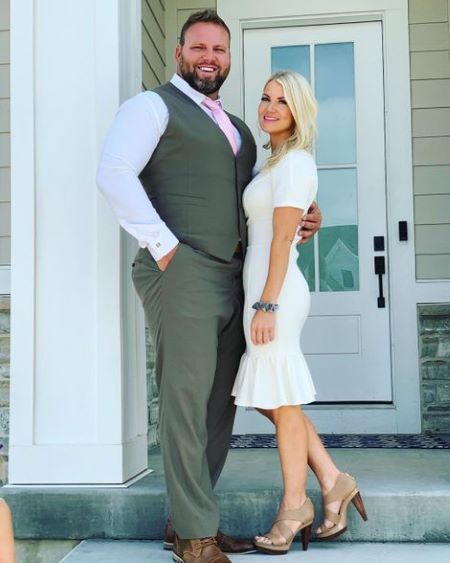 Keaton likes to keep his romantic life away from public scrutiny hence not much information is available about their relationship. However, the couple sometimes posts pictures of them on social media sites. Based on their posts, it is safe to assume they love and respect each other a lot.

Hoskins and his girlfriend are in no hurry to take the big step of marriage as he was previously married to his longtime girlfriend Jenny Hoskins. The couple got divorced and now shares the custody of their two daughters Tea Hoskins and Cali Hoskins.

Hoskins is on good terms with his ex-wife and respects her for being the mother of his two daughters. He posted a sweet message to her on Mother's Day on Instagram.

So thankful for great moms in my life. My own mother who I love and adore, I am so grateful for. She is the greatest example to me, and still my greatest teacher. I love you mom.... and to the wonderful mother of my children, I am so grateful that you are so great a mom to my daughters and so great an example to them. Our children couldn’t have asked for a greater love from a mother and I consider myself lucky to have had our daughters with you. HAPPY MOTHER’S DAY TO BOTH OF YOU, and thank you for being so great a mom. You deserve all the appreciation and recognition today.

Hoskins love life and personal life is all rosy and good but his business faced a setback when a lawsuit was filed in January 2017 by Utah Physicians for a Healthy Environment against him and his fellow show partners. The lawsuit argued they violated the Federal Clean Air Act and in March 2019, the court agreed with the lawsuit and asked Hoskins to pay civil penalties as per the mentioned in the Act.

What is Keaton Hoskins' Net-worth? Know more about his Earnings and Income

Keaton Hoskins boasts an impressive net worth of $550 thousand-$600 thousand. The primary source of income is the reality TV show Diesel Brothers which airs on Discovery Channel. On average he earns $70,000- $82,000 per season. The show is currently airing its fifth season.

Who’s going to watch LIVE TONIGHT on Discovery channel 6pm est!!! Jumping a monster truck over an airplane.... and @danalinnbailey and @killrobbailey will be on @diesel.brothers page live!!

Another source of income for him is his profession as a Personal Trainer. On average, a personal trainer earns $19.05 per hour and $37,962 /yr. He is also the owner of the gym 1MISSION Nutrition.

Jenny and Keaton divorced because of differences, however, they are still close and respects each other.

Tea is the first child of Keaton and Jenny. she has a younger sister. she is in the joint custody of both parents.

Cali is the second child of Keaton and Jenny. she has a elder sister. she is in the joint custody of both parents.