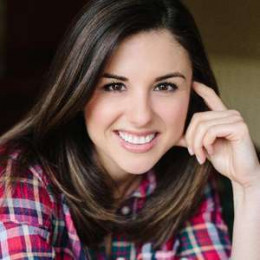 An English TV presenter, meteorologist, and journalist, Keeley Donovan is currently single. She was born to father Terry Donovan, a professional football player of Liverpool. She attended Humberston School and later she studied media course at Franklin Sixth from College in Grimsby. Keeley began her career at the age of fourteen. She used to present for former Channel 7 Television. Currently, she is working for the BBC as a “Weather presenter” for television and radio.

Keeley Donovan did freelancing while continuing her studies and began freelancing for BBC Yorkshire and Lincolnshire in 2005. She joined the locally-based Propeller TV a year later. She also worked as a manager of Boston United F.C. According to rumors, she gained some of her jobs because of her looks and is envied for attracting a more male audience. She has not revealed anything about her personal life and relationships.

However, in 2017, Keeley revealed she was engaged to her boyfriend of roughly five years, Johnny I'Anson who also works for BBC as a radio host. The two got hitched in 2018 at a festival theme wedding party. And, in 2019, the couple also celebrated their first anniversary.