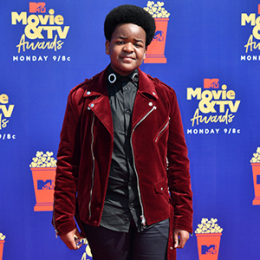 Rising actor, Keith L. Williams rose to fame for his role in the Fox TV series, The Last Man on Earth. Th actor at the very short time has grabbed a huge fan following. As of 2019, he worked in an adventure and comedy movie, Good Boys.

Keith L. Williams is currently more to his career. The child actor is working hard to establish himself in the Hollywood industry. Williams moreover is earning a great fan following from his amazing acting skill.

Just like any other normal teenagers, Williams is living with family. He prefers to spend most of his time with his parents. Check out these pictures:

Happy Fathers Day to the best Dad ever!

Happy Mother’s Day to my Mother whom I love dearly! @krishaisum

Along with his family, Williams is also close to his friends and often hangs out them. Among all, he is more friendly with Cassidey Fralin. 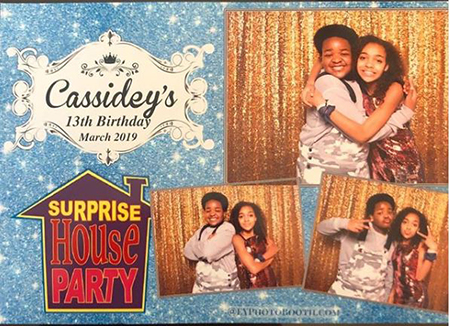 Keith L. Williams is with Cassidey Fralin on her birthday.
SOURCE: Instagram

His friend Cassidey is also an actress. She is famous for her role in the TV shows ''Extant'' and ''Black-ish.''

A rising actor is a fun-loving person. Some of his hobbies include playing games, hanging out with friends, and traveling.

Williams is active on social media and has a great fan following. His Instagram account has more than 13.3k followers. Further, his mother operates his account.

Keith L. Williams is one of the rising actors of Hollywood. Within a short period, he is successful to earn a good name and fame in the industry.

Williams has the net worth of around $200 Thousand. His primary source of income is his acting career.

The star appeared in the Fox post-apocalyptic comedy television series, ''The Last Man on Earth'' with Will Forte, Kristen Schaal, and January Jones. He worked in the series from 2017 to 2018 as Jasper, an initially silent young boy.

Williams moreover worked in 2019 movie, Good Boys starring Jacob Tremblay, Brady Noon, and Molly Gordon. He portrayed the role of Lucas in the movie, which was made with a budget of $20 million.

Check out this interview with Keith L. Williams: