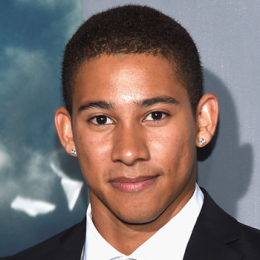 He is an actor, singer and dancer who came to prominence and is widely acclaimed for his portrayal as Wally West in The Flash, Ollie on the ABC television series Dance Academy and Uriah in The Divergent Series: Insurgent. Currently, he is busy working on his upcoming big project "The Divergent Series: Allegiant". He was born to a Nigerian father and an Australian mother.

When it comes to his personal life, he has always stayed low profile. Being so popular and dashing, people want to know him more better but he has managed to keep his personal life away from the media. He isn't seen that much with ladies as he is trying to maintain a pace in the Hollywood Industry. We can know him more better simply by following him on Twitter @KeiynanLonsdale.