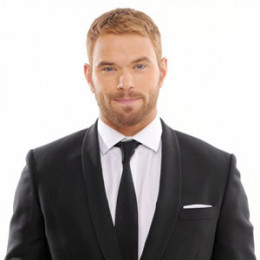 Model and actor, Kellan Lutz is the son of Karla and Bradley Lutz. He attended Chapman University to pursue a degree in chemical engineering. He is well-known for portraying Emmett Cullen in The Twilight Saga film series for 4 years. He has also made his mark in several movies like Immortals, Tarzan, The Expendables, and The Legend of Hercules.

Lutz signed with Ford Models and is one of the models featured in the 2010 Calvin Klein X underwear campaign. He has recurring roles on Model Citizens (2004) and The Comeback (2005) and smaller roles in episodes of The Bold and the Beautiful and much more.

Kellan grew up in Midwest and Arizona. He graduated from Horizon High School in Scottsdale, before enrolling in Chapman University to pursue a career in chemical engineering. In 2010, he featured as one of the models in the Calvin Klein underwear campaign.

Kellan Lutz made his debut in 2004 with a role in The Bold and the Beautiful, a daytime drama series. He then featured with guest roles in shows such as CSI: NY, Six Feet Under and Summerland.

Kellan made his film debut with Stick It in 2006. Meanwhile, he is best known for playing Emmett Cullen in The Twilight Saga film series (2008–2012).

He has also played Poseidon in the 2011 film Immortals, Tarzan in the 2013 animated film Tarzan, John Smilee in The Expendables 3 (2014), and Hercules in the 2014 film The Legend of Hercules.

In October 2017, Lutz revealed he got engaged to TV host and model named Brittany Gonzales. A month later on November 23, 2017, the couple announced they got married. 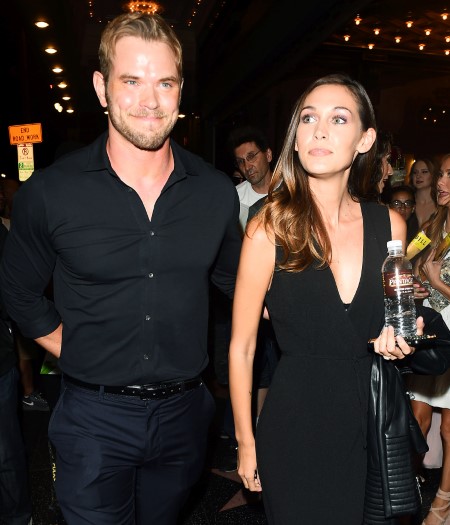 Kellan Lutz with his wife Brittany Gonzales
Source: US Weekly

The couple dated for two years before deciding to tie the knot. The actor took to Instagram to reveal the big news. He wrote:

"'This year has been the best year of them all and I am extremely thankful and grateful to go on all of life’s adventures with my best friend and dream wife!!! Proverbs 18:22! Thank you God! I LOVE YOU SO MUCH @brittanybg Happy Thanksgiving Everyone!!! What are you grateful for??"

Earlier, Lutz revealed they wanted a destination wedding. They were traveling to different places, just like when he was working. The couple loves the sunset, so they were exploring to find a Western facing beach that's right.

Previously, Kellan had romantic affairs with several actresses. He dated Kayla Ewell after falling in love at the set of Twilight. They broke up after two years. Lutz then got in a relationship with Anna Lynne McCord. They began dating in 2008 and broke up in 2011.

Towards the end of 2011, the actor was in a relationship with Kelly Thiebaud, an actress. Later, he dated the gorgeous Australian model Sharni Vinson until 2013.

In 2014, he began dating Brittny Ward, a model. After a year of their affair, the couple broke up in 2015. They were spotted together in Los Angeles, Marina Del Rey. The couple also participated in Halloween Horror Nights at Universal Studios in Los Angeles with their friends.

Kellan Lutz has an estimated net worth of $5 million. His source of income includes his salary and earnings from his career as an actor.

One of his most popular movies Twilight collected $393.6 million at the Box office with a total budget of $37 million.

Lutz lives a lavish lifestyle in his mansion in Venice which he purchased for $2.2 million. Moreover, he owns an Audi S5 which cots $54,600.