The Twilight star Kellan Lutz finally married his lovely fiance Brittany Gonzales in a private ceremony and made the announcement via an Instagram post on Thursday.

The Twilight Saga star Kellan Lutz is not a bachelor anymore!!!! Recently he married his longtime girlfriend turned fiance Brittany Gonzales in a private ceremony and made an announcement via Instagram post on November 25, 2017.

The newly wedded husband and wife were dating since 2015. Let us find out more about the relationship of this adorable couple here!!!

The Legend of Hercules star Kellan finally walked down the aisle with his loving girlfriend, Brittany. The couple who got engaged in September announced their wedding news with a Thanksgiving message.

Kellan and television host, Brittany, posted the picture flaunting the wedding ring along with holding 'Mr.' and 'Mrs.' passport holders with a beautiful message on an Instagram. 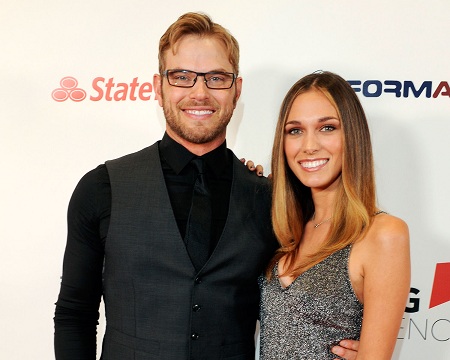 We can see the gorgeous diva wearing the wedding ring in between the large diamond engagement ring and her husband wearing a plain gold band.

Thanksgiving by far is my most favorite holiday of all. I try to live a lifestyle of gratitude and appreciate everyone and everything I have every day. This year has been the best year of them all and I am extremely thankful and grateful to go on all of life’s adventures with my best friend and dream wife!!! Proverbs 18:22! ??Thank you God! I LOVE YOU SO MUCH @brittanybg. ?? ??Happy Thanksgiving Everyone ??!!! What are you grateful for??

Similarly, Gonzales also post the same picture on her Instagram changing her name to Brittany Lutz and wrote,

"If you know me at all you know Thanksgiving is my FAVORITE holiday of them all!! While I try to live every day grateful for everything and everyone in my life, this Thanksgiving one of the things I’m most grateful for is that I get to do life’s adventures with this guy aka my HUSBAND for the rest of our lives!!!!! I love you so much @kellanlutz."

#WCW to this beautiful soul @brittanybg <3 Thank you God, for the best Gift ever! I've never known such happiness and it's awesome!

The Comeback star revealed his engagement last month as he appeared on Steve Harvey's show where he called Brittany "the light of my life."

"We’ve always wanted a destination wedding. We’ve been traveling to different places, just like when I’m working. We’re up to that step. We love sunsets, so we obviously have to be on the western side to see it. We've just been slowly exploring. It’s not easy to find a Western facing beach that’s right!"

Let's congratulate the lovely pair for their wonderful married life ahead. 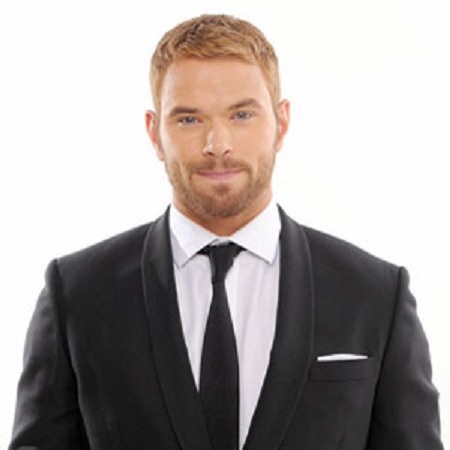