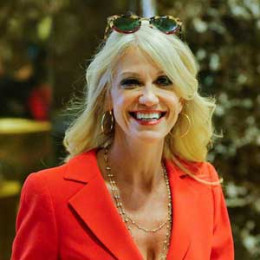 Kellyanne is an American political figure, a Republican campaign manager, and a strategist. She was also the former president and CEO of The Polling Comapany Inc/Woman Trend. Conway, a veteran political operative spent the last three decades advising Republicans on how to appeal female voters. Conway is a political activist working as Counsellor for President Donald Trump, the president of U.S.A.

Kellyanne is from an Irish-Italian descent as her father belongs to Irish ancestry while her mother came from Italian descent. She was born to Daine Fitzpatrick.

After practicing law, Conway entered the polling business with a firm that worked for Ronald Reagan. She worked for Luntz Research Company for a short period.

In 1995, she founded her own polling company named “The Polling Company, Inc” which called itself “a nationality-regarded primary and consulting firm”. 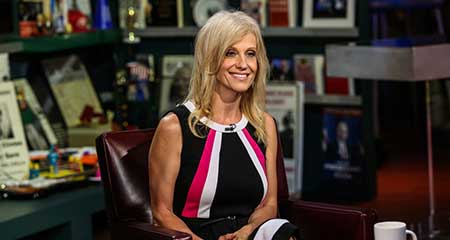 Kellyanne has worked with numerous political figures like Jack Kemp, Dan Quayle, Newt Gingrich, Fred Thompson, and Mike Pence. Conway has co-authored a book ‘What Women Really Want’ in 2005 which is a take on changing the dynamics of women in the workplace.

In 2016 Conway was part of Ted Cruz's campaign and chaired a pro-Cruz political committee called Keep the Promise I. She criticized Trump and said he literally bulldozed over the little guys to get his way. She left the organization after Cruz's suspension of the campaign.

However, she joined Trump's presidential campaign as a senior advisor. Her job was to give advice as to how to better appeal to female voters. After Trump's win, she was offered employment in the White House which she accepted.

Kellyanne Conway has an estimated net worth of 4 million dollars. Post her appointment as the 'counselor to the president' on January 20, 2017; her salary is an estimated $176,000.

Conway is a married woman since 2001. She tied the knot with George T. Conway III who is a litigation partner at the law firmWatchell, Lipton, Rosen & Katz since 2001. The couple has four children including twins Claudia Conway and George IV Conway, Charlotte Conway and Vanessa Conway. She is residing in New Jersey. 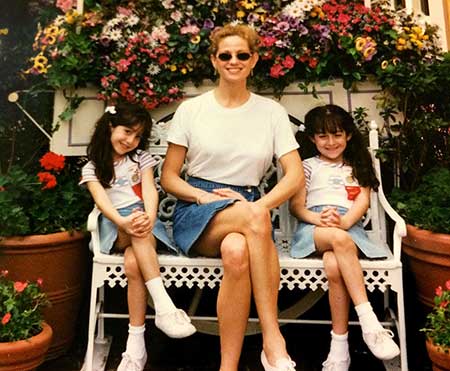 Kellyanne and George are enjoying their happy and healthy marital relationship, and there is no sign of them getting a divorce anytime soon.

Before her marriage, she was linked with the Law & Order and Republican lawmaker, late Tennesse Sen, Fred Thompson.

George is an American attorney and was one of the lawyer who represented Paula Jones in her lawsuit against US President Bill Clinton.He is married to Kellyane Conway, counsellor to President Trump. These two are parents to four children and are living their happy life.

Claudia is one of the twins born to father George III and mother Kellyanne Conway.

George IV is the only son of Kellyanne and George III. He has a twin sister.

Charlotte is one of the children of George III and Kellyanne.