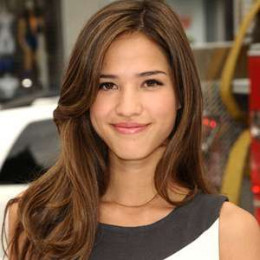 Kelsey Asbill Chow is an American actress. She was born to a Chinese father and mother of an English and Cherokee descent but hardly speaks Mandarin. After gaining experience in community theatre, she got her first television role in 2005; she played the recurring role of Gigi Silveri on "One Tree Hill" appearing on the show until 2009. She also co-starred in Disney Channel original film, Den Brother.

She studied at Hammond school and later joined Columbia University.

Kelsey Chow co-starred as Mikayla in Disney XD original series, Pair of Kings. Kelsey appeared in the recurring role of Tracy Stewart on season 5, part 1 of Teen Wolf and resumed her role for part 2, which premiered on January 5, 2016.

Apart from working on TV series, she also signed some of the films including The Amazing Spider-Man, The Wine of Summer, etc.

At present, she is starring in an American drama TV series Yellowstone since 2018.

Chow has a huge net worth and salary. Details about her assets is still under review.

Chow dated her co-star in the movie 'Run' William Moseley in past.

She is most probably single as she hasn't revealed her personal details with her fans and media.