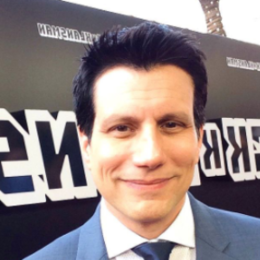 Ken Garito is a leading American actor best known for his appearance in Blakkklansman, Crash, Summer of Sam. He has been in the entertainment field since early 1999 and still playing his best part.

Who is Ken Garito Married to? Know About His Wife And Children

Ken Garito is a married man. He walked down the aisle with his wife, Jessica Garito, on August 15, 2018, in a lavish ceremony. The wedding took place with 50-100 guests, including friends and family.

Midst the ceremony, Jessica wore a custom-made bridal gown, whereas her husband was stunned in a black and white tuxedo. In addition, professional event management companies and elite photographers made the wedding even more special. 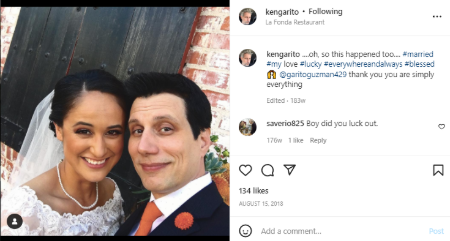 Ken Garito is happily married to Jessica Gunman. SOURCE: Instagram
Ken Garito recently celebrated his second wedding anniversary with his beautiful spouse on August 15, 2020. Before the wedding, Jessica gave a hint she would soon exchange the Ms for Mrs, flaunting a diamond ring with a big black rock on it. The couple is yet to have any kids from their marriage.

How Much Is Huse Star Ken Garito's Net Worth? 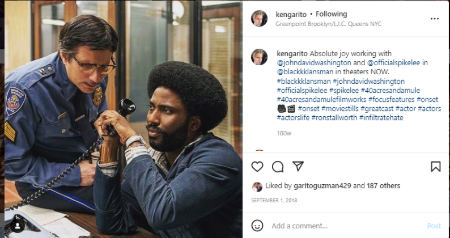 Ken Garito feels blessed to work with David Washington. SOURCE: Instagram
Garito won the hearts of many for landing a major role of Sergeant Trapp in Blakkklansman opposite John David Washington. He starred in Alone, Beyond the Law, NCIS: Los Angeles, Nasty, Brutish Shorts, Fronterz, The Lyon's Den, NYPD Blue, Strong Medicine, Law & Order: Criminal Intent.
He portrayed the character of Officer O'Hara in one episode of Why Women Killed in 2019. In 2017, Ken played Nick Graziano in an episode of Lethal Weapon. Garito has starred in television series like Rosewood, Titanfall, Jeff the Cat" Merchant of Darkness, The Darkness II, Harry's Law, Franklin & Bash, The Curse, Charlie Hoboken, As the Worlds Turns, and many others.
Ken Garito made a brief appearance in tv shows like Vic's Cafe, Sinatra Club, CSI: NY, Without a Trace, Raising the Bar, Alpha Mail, The Black Donnellys, The Closer, Commander in Chief, 10th & Wolf. LAs Vegas, Cloud 9, Charmed, CI: Crime Scene Investigation,

American actor Ken Garito has been married to his lovely wife Jessica Garito. The pair walked down the aisle in 2018.