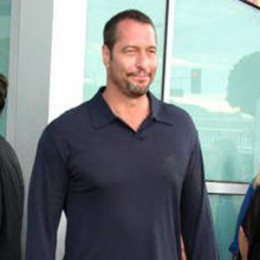 Canadian actor and stuntman, Ken Kirzinger is best known for his role as Jason Voorhees in Freddy Vs.Jason which was released in 2003. He is also well recognized for his work on "Wrong Turn 2: Dead End" (2007) and "Joy Ride 3".

Ken Kirzinger was born on November 4, 1959, in Saskatchewan, Canada. Regarding his nationality, he is a Canadian and belongs to the White ethnicity. His zodiac sign is Scorpio. He was raised along with his brother, Dave Krizinger who is a former football player.

Kirzinger debuted on the small screen in 1989 with horror franchise, Friday the 13th Part VIII: Jason Takes Manhattan as a New York cook. However, his performance in Freddy vs. Jason (2003) was the one that helped him gain public attention.

He has provided stunt scenes for more than 60 movies and TV shows including Still Not Quite Human, Firestorm, The X-Files, Day Glow Warrior, Rescue 911, General Alarm, and Sirens among others.

Ken Kirzinger, 57, is possibly single at the moment. He previously dated actress Karen Campbell. The duo got together in 2003 and shared a healthy relationship. Their personal differences started harming their love life which caused them to break-up.

He shares a very good bond with his best friends; Brad Loree, one of the members of Stunts Canada, Robert Englund, an actor and Kane Hodder, an actor.

Currently, Ken is enjoying his singlehood and is focused on his career building.

Ken Kirzinger has an estimated net worth of $5 million. His yearly income is estimated to be around $600 thousand. Kirzinger has acted in many movies and TV shows during his 28-year-long career. His 2003 movie, Freddy vs. Jason succeeded to earned $114.9 million at the box office.