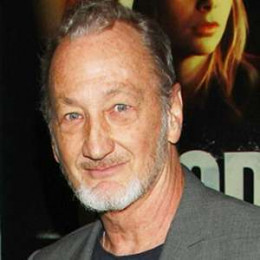 An American voice actor, singer, director and film as well as stage actor, Robert Barton Euglund is currently married to Nancy Booth, an American actress, since 1988. Robert was born to father John Kent, an aeronautics engineer, and mother Janis. He started his career since 1972 and is mostly known for his work in the film series "Nightmare on Elm Street". When Robert was in his high school, he attended Cranbrook Theater School.

Robert Englund is currently married to Nancy Booth. His current wife is an American actress. His first marriage with Elizabeth Gardner lasted for seventeen years. They got divorced later due to some personal issued. After the divorce, Robert was dating Roxanne Rogers. After the break up with Roxanne, he married Nancy Booth. Robert does not have any children yet. Englund also worked on Lake Placid: The Final Chapter co-starring Scarlett Byrne.

Robert's first wife was Elizabeth Gardner. He was married to her for seventeen years but due to some unknown personal reasons, the couple got divorced.

Nancy Booth is an American actress whom he first met on the sets of 976-EVIL. They do not have any signs of separation till now.