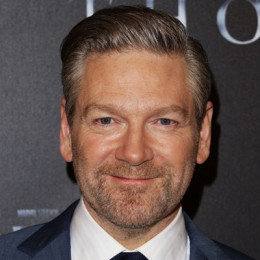 Sir Kenneth Charles Branagh is an actor, director, producer, and a screenwriter best known for his roles in the films like Fortunes of War, Warm Springs, Wild Wild West, Conspiracy, Harry Potter and the Chamber of Secrets, Valkyrie, The Magic Flute, Sleuth, Thor and many more. He is the son of Frances and William Branagh. He has won an Emmy and three BAFTAs and has been nominated for five Academy Awards and five Golden Globes.

Talking about his personal life, he is a married man. Till today's date, he has been married twice but has no children yet. He first married to an actress with whom he has starred in several movies including Fortunes of War. The couple didn't stay together for a long time and they got separated after some years of marriage. After that he had an affair for several years with an actress but broke up with her and married a film art director.

She is a film art director, the couple first met during the shooting of the movie Shackleton.