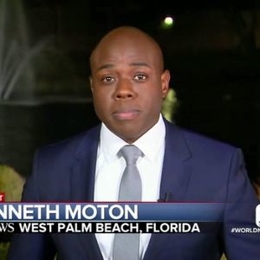 Kenneth Moton is Gay and Married

Recently promoted to the correspondent role, Kenneth Moton, doesn't hesitate to share his private and professional life on social media. By nature, Kenneth is a gay man and is happily married to his boyfriend-turned husband Brandon Jones. 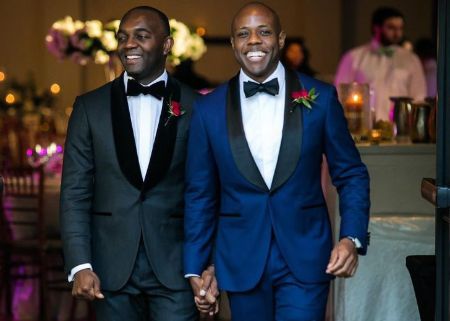 Kenneth Moton with his husband Brandon during the wedding. SOURCE: Pinterest

The glorified homosexual couple tied the knot on the auspicious day of March 7, 2020, in a closed wedding ceremony surrounded by close friends and family in South Carolina.

Kenneth is among the most hard-working and dedicated media personalities in all of ABC News working regularly on multiple news shows. Blessed with a successful professional and personal life both, the journalist lives a very happy life together with his lovely mother. husband and sister at their house in Washington DC.

Do Moton and her spouse share any children? It's only been less than a couple of years since Moton and her beloved husband exchanged their marital vows. And, from the looks of it, Kenneth and Moton seem to wait on the role of parenthood.

However, the blessed Moton and his partner are parents to a poodle. The journalist also often share pictures of his husband and their dog.

Career & Net Worth of Kenneth Moton

Kenneth Moton took his first step in journalism with a CBS-affiliated TV channel called WLTX, where he worked there as a live reporter and editor from December of 2002. Soon, with some hard work, he was promoted to assignment reporter and served there for three long years.

Later, in a similar position, Kenneth joined another news show, News-14 Carolina. The veteran news reporter got further exposure to the news media and world after being part of ABC-owned affiliated channels like WFTV and WPVI-TV from 2007 to 2015 before leaving for ABC News. 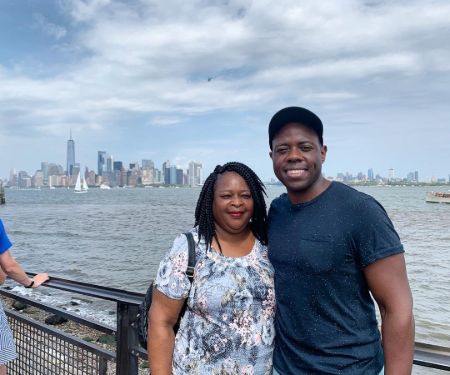 After years and years of service as a junior assignment reporter, Kenneth then soon appeared on ABC's news show Good Morning America as a news correspondent and TV anchor. He also made regular appearances for the shows like America This morning and World News Now, hosting alongside Mona Kosar Abdi since June 2015, as per his LinkedIn profile.

Watch the reporting video from Kenneth Moton and Kosar Abdi on the famous TV Show Techbytes below.

Currently, ABC's news correspondent earns around $72000 per year. Considering his involvement in various news stations for more than 15 years, the net worth of Kenneth Moton can be estimated to be somewhere around $200,000. His humorous style anchoring and informative reporting are highly adored and loved by the viewers. 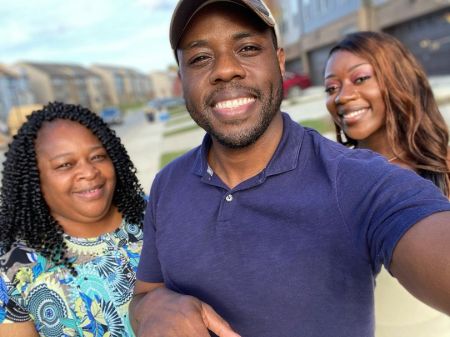 Kenneth Moton and Brandon tied the knot on the auspicious day of 7 March 2020 in presence of close friends and family and happily lived together ever since.