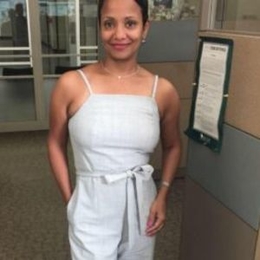 Kennisandra Jeffries is the wife of Representative, Hakeem Jeffries. He currently represents New York's 8th congressional district. Jeffries, who is fondly called 'Brooklyn's Barack Obama,' is one of the rising stars in the Democratic party. There is no doubt his family, including his significant other, have played a pivotal role in his achievements.

When someone enters the political field, every aspect of their life is analyzed, including their family life. Thus, many times, not only the political candidate get heavy scrutiny but also their spouse and children as well.

Because of this constant spotlight, many political better halves try to live a low-key life. Kennisandra Jeffries is one of them. 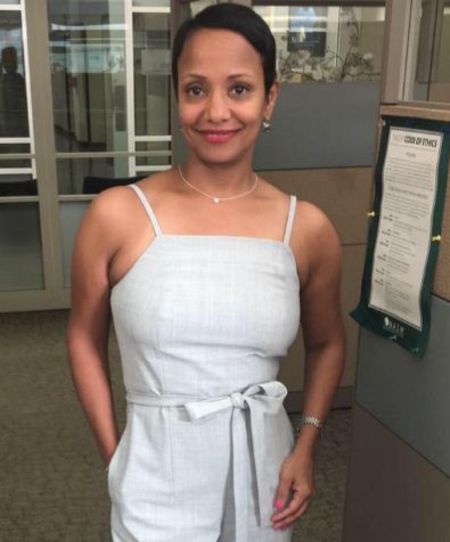 Kennisandra Jeffries, wife of congressman Hakeem Jeffries, may be one of the most mysterious political spouses. She do appear in official events with her husband to support him but rarely gives interviews or shares personal pictures on her Facebook.

More to that, the representative from the 8th District of New York respect his wife's wishes. He also never talks in detail about his wife and married life in his interviews.

Till now, the black-haired beauty and her husband have successfully kept the details of their family life away from the public eye. However, things might change if he became Speaker of the House.

Yes, it is widely believed by political pundits that the 49-year-old congressman is eyeing the Nancy Pelosi seat for a long time. In 2023, when Pelosi reaches her informal term limit, many think Jeffries will succeed her. 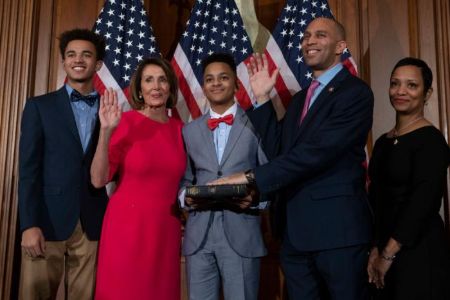 There are many reasons for speculations. First, after only being in politics for over a decade, Hakeem is able to become the chair of the House Democratic Caucus. It means he holds the fifth-highest ranking post among 235 Democrats. Because of this achievement, he is often dubbed as the rising star in the Democratic party.

Second, The Brooklyn native is also called pragmatic progressive and has a history of working with both Democrats and Republicans. Plus, him being a person of color is also an advantage in a congress that is becoming more diverse.

As the rank of Jeffries will increase in the Democratic party and the U.S. Politics as a whole. It will be interesting to see if his wife Kennisandra be still able to live a life away from the media limelight.

Kennisandra and her life partner are proud parents of two sons, Jeremiah Jeffries and Joshua Jeffries. The parents are sensitive about their kids and thus do not share much about them in public platforms, not even their birthdate. 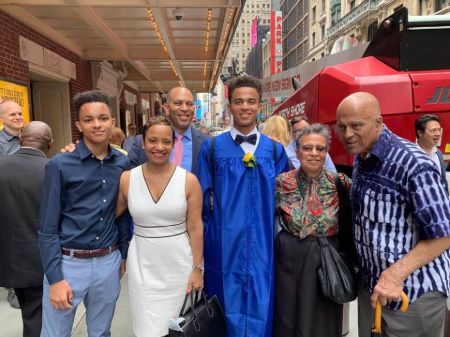 Mrs. Jeffries, however, in June 2019, shared a photo of her son Jeremiah's high school graduation. So, it is safe to say, Kennisandra's eldest is 17-18 years old. He graduated from Beacon School in New York and will attend the University of San Francisco.

As mentioned above, Kennisandra is a private person and does not share personal information, including her profession. However, some websites claim that she is a social worker and works for 1199 SEIU's Benefit Fund. If that's true, she on average is earning $58,631 a year. 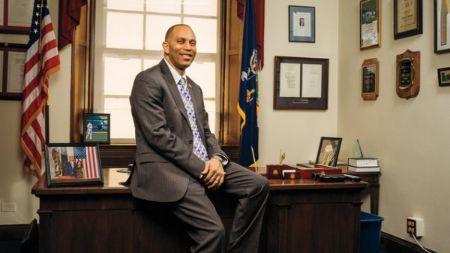 The Jeffries family lives in the Prospect Heights section of New York. The average price of a home in that area is $1,029,800. As of March 2022, Mr. Jeefries is serving for the position of representative for eastern Brooklyn and southwestern Queens. And, in March, Hakeem announced publicly that he would be supporting fellow democrat, Governor of New York, Kathy Hochul for the 2022 gubernatorial race. Jeffries also praised Hochul claiming that she is "dedicated to addressing the needs of working families."

Joshua Jeffries is the second son of Kennisandra Jeffries with husband Hakeem Jeffries. He has a older sibling.