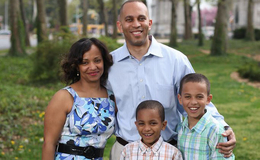 The saying that there's always a woman behind every successful man will never be too old to be not true. Meet Kennisandra Jeffries, the wife of New York's long-term and beloved Congressman, Hakeem Jeffries.

Not just for the politician, but life as in for a wife of a politician is never simple either. Be it with the personal or professional factor, one will always get scrutinized for any reason by the enemies, and the public.

And, Hakeen Jeffries, who has been serving as a Congressman for New York since 2013, it's an obvious fact, that he experienced lots of ups and downs over the years of his political career. But, luckily, his wife, Kennisandra Jeffries, never left his side.

The alum of Binghamton University is believed to have married Kenisandra in the early 2000s whilst he worked as a lawyer. Of course, Kennisandra knew to marry a politician figure and lawyer wouldn't be easy. But, with mutual trust, love, respect, and understanding with a man like Jeffries, she also knew better. 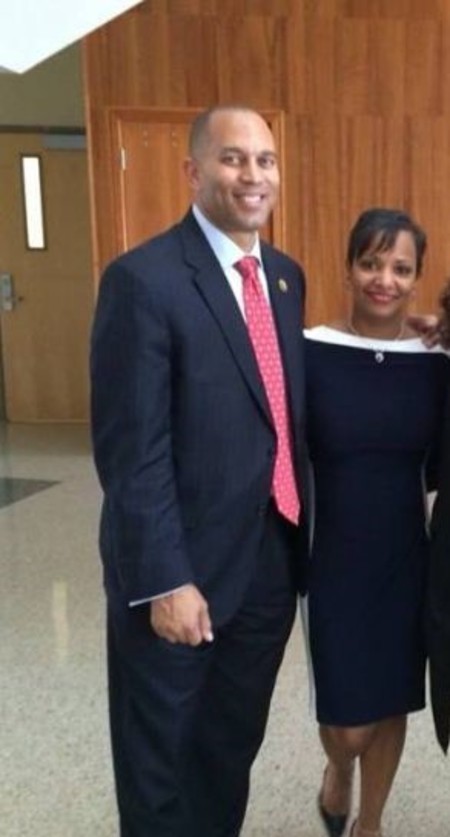 And, whilst Hakeem gets his job done at the government office, Mrs, Jefferies whose birth name is Kennisandra Archiniegas gets herself busy by working as a social worker. As a matter of fact, she works for the 1199 SEIU's Benefit Fund, the largest local healthcare union with over 400,000+ members that believes healthcare service should be available at minimum cost.

Mr. Jeffries, likewise, supports the availability of affordable health care for all classes of people. With the knowledge of it, it's certain, both Kennisandra and her Congressman husband enjoy the activities of working for the public.

The Jeffries Are Parents to Two Sons

Not long after their holy matrimony which took place in the presence of their beloved friends and families including the parents (aka Laneda Jeffries and Marland Jeffries) of the former clerk of Judge Harold Baer Jr., Kennisandra became pregnant for the first time with Hakeem's son. 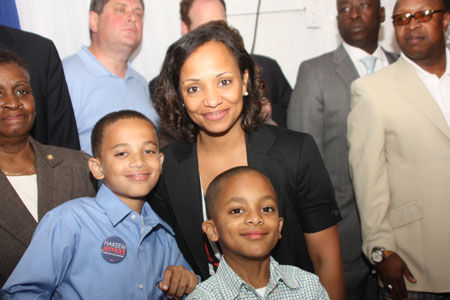 Their first child, a son, who they named Jeremiah Jeffries, entered their world in 2001. Kennisanda and Hakeem then welcomed their second child, Joshua Jeffries, also their youngest son, two years after the birth of Jeremiah. Both children are baptized and reside in Prospects Heights with their parents.

The elder son, Jeremiah graduated high school in June 2019 and currently attends a University with the graduating class of 2013. The proud father of two took to Instagram to share the joyful moments from the graduation ceremony.

Kennisandra alongside her boys can be often spotted in public events and rallies to show their support for Hakeem, the significant man in their life. But, in the meantime, as of Jan 2020, Hakeem is certain that President Donald Trump will be impeached.

And, adding to the political career of Mrs. Jeffries's husband, not only is Hakeem a former New York's 8th congressional district's representative but also chaired the House Democratic Caucus after the Presidential win of Joe Biden in 2019. Not to mention, Jeffries fought against Barbara Lee and the California Congresswoman lost the election against the New York representative. A great political leader, there's no doubt that Hakeem doesn't qualify to run for the Presidential election.