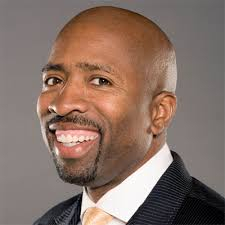 The receiver of two NBA champion, NBA All-Rookie First Team, Consensus first-team All-American, Kenny Smith is a retired NBA player. He is currently a basketball analyst for TNT and CBS/Turner. He debuted as a professional basketball player in 1987 and played for the Sacramento Kings, followed by Atlanta Hawks and ended his career in 1997 while playing fr Denver Nuggets.

Kenny Smith in 8th of September 2006 was committed to Gwendolyn Osborne, a former model. Meeting  Osborne in 2004 at a charity event and dating for two years, the couple now shares 2 children. 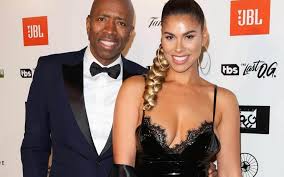 Kenny and Gwendolyn for JBL awards.

On the 9th of October, sadly, the love birds decided to separate. Gwendolyn after filing for divorce released a statement saying that there is no one to blame for their divorce. They have amazing kids and will co-parent our children with all the love in the world.

Kenny, before his commitment to the model, had tied the knot to Dawn Reavis who currently works as a realtor for Coldwell Banker. Although the duo shared a valuable relationship, they decided to head different paths.

Kayla Brianna and Kenny Jr. are his children from his first marriage. Kayla has made the name of her own. She is a talented singer known in the genre of R&B/Soul with more than 30 thousand followers on her Instagram and her videos racked up the hits on YouTube. Whereas, Kenny Jr. aka K.J Smith, is walking on the path created by his father. He is also a basketball player and is preparing for his debut for the national team. 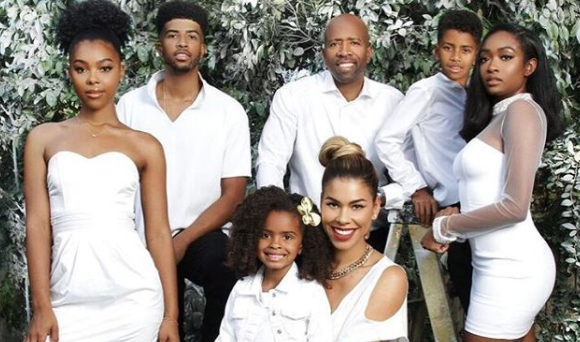 Kenny Smith was awarded the title of McDonald's All-American in 1983.

Smith has two children from his current wife, Gwendolyn, Malloy Adrian born on 2008 and London Olivia, born in 2012. Smith is a step-father to Osborne’s daughter Monique from her previous marriage.

Kenny Smith’s Net Worth and Property

Kenny’s name has been written through gold in the history of basketball. With all his works on the television as an analyst and his fantastic career as a pro-player, Kenny has the net worth of $16 million.

Recently, the NBA analyst and his wife, Gwendolyn had listed their home in Encino for sale at $3.595 million. Later, they sold the house at $2 million. 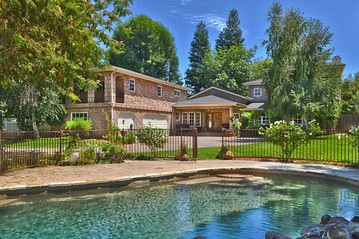 The house was 53 years old, built-in 1963 and remodeled. The building has 6,106 sq. ft of the interior including an open-plan living room, a family room, living room, a movie theatre and has a wet bar and balcony along with a breakfast arena. 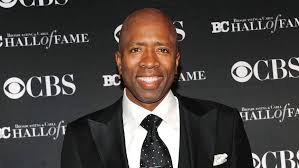 Kenny is the Two-time receiver of NBA award.