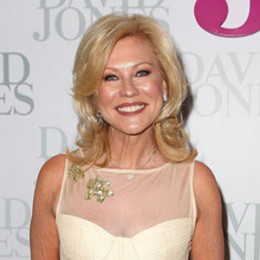 Kerri-Anne Kennerley is an Australian television personality and singer. She is one of the Australian’s most seasoned light entertainment hosts. Kennerley is noted for her professional and personable hosting style and her ability to handle awkward guest and situations with gentle humor and composure.

She is the daughter of a builder/hobby farmer and has three siblings. She first appeared on television at the age of 13 in 1967 on the children’s shows The Channel Niners and Everybody’s in on Brisbane’s QTQ 9.

Kennerley hosted the breakfast TV program Good Morning Australia in Network Ten for 11 years. Kerri has also performed as a singer and released a self-titled album and Christmas album in 1985. She has also appeared as a contestant in  the Australian version of Dancing with the Stars. Kennerley has been nominated for numerous awards.

Kerri is married to John Kennerley for 33 years. This couple got married in 1984 at the Sydney Opera House and their marriage was the first such event to be held there. John was already divorced from his first wife and had two daughters that are Kerri-Annes’ stepdaughter. There is no news on Kerri and Johns’ children and she revealed that they had tried to have children for many years, and she had miscarriage 15 years ago and has regret for not having children.

Kerri is married to John Kennerley for over 33 years. This couple got married in 1984 at the Sydney Opera House and their marriage was the first such event to be held there.