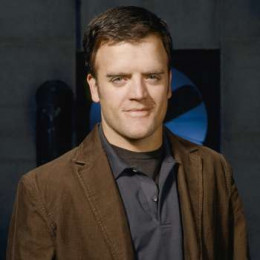 Kevin Glen Weisman is an American film, television and a stage actor. He is mostly known for his role as Marshall Flinkman on ABC's television series, Alias. He was born on a Jewish family. He preferred acting at a very young age. He used to participate in the local drama fests around LA. He graduated in Bachelor of Fine Arts. He was recently nominated for a Leading actor Award for his work as Francois Villon in Murray Mednick's Villon.

Recently the rumors about Kevin getting engaged to her girlfriend were airy. But the news still says that he is single. He got married to a preschool teacher. He has 2 babies with her. His first child was a daughter and second was a son. They were together for 6 years. They are divorced now. The rumors about Kevin being the most paid actor was very much upward in the news lately, but the rumors were not defined properly by him.

Kevin Weisman got married to Jodi Tanowitz at 2005. They were blessed with 2 children. But they got divorced after few years.

The couple was blessed with a baby girl as their first child.

They were blessed with another baby boy after 2 years of their first child.