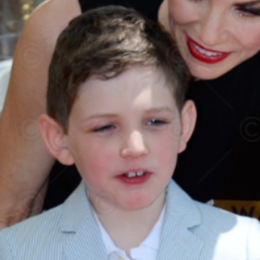 Kieran Lindsay Lieberthal is an American celebrity kid who came to the limelight for association with Hollyhood's big names. Also, Keith Lieberthal's father is a professional lawyer, while Julianna Margulies is a leading American actress.

Kieran Lindsay Lieberthal is the son of renowned American actress Julianna Margulies and her husband Keith Lieberthal. He does not have any siblings at the moment. Kieran has turned 14 years old now, and he lives with his parents in the United States. 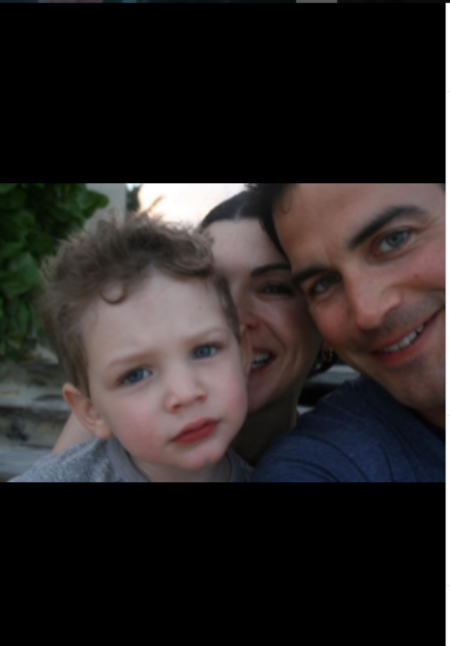 Kieran Lindsay Lieberthal, the only child of his parents. SOURCE: Instagram

Little Lieberthan was born two months later after her parent's marriage. Kieran's mom was already seven months pregnant when she married Keith. Kieran Lindsay's parents tied the knot in November 2007 in Lenox, Massachusetts. The Good Wife cast says, being a mother made her more hyperaware and patient. 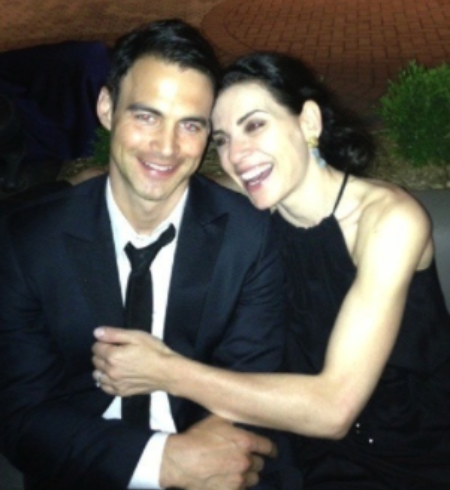 Kieran Lindsay Lieberthal's parents have been married for a decade. SOURCE: Instagram

Furthermore, Julianna wore a custom-made bridal gown, whereas Keith donned a black Armani suit on their big day. The lovebirds had no time for a romantic honeymoon as they flew back to California for her work in the TV series Canterbury's Law.

Keith Lieberthal is six years younger than his wife. Despite the age difference, they flaunt amazing chemistry. Keith met Julianna for the first time at a party in 2006 and immediately hit it off. The family of three currently resides in Manhattan, United States.

Kieran also enjoys world traveling with his parents and enjoys that lavish lifestyle. Just in March 2022, Kieran was pictured with his mother and father in Italy enjoying a family trip. The trio looked absolutely casual in jeans and a t-shirt as the family took selfies to make a memory of the trip. Later, Kieran was also photographed enjoying lunch with his parents.

Kieran Lindsay Lieberthal is too young to make money and enjoys an extravagant lifestyle built by his celebrity parents. Kieran's father is a professional lawyer who previously worked at Clinical Avisors, LLC.

In addition, he serviced as the General Counsel for Tommy Hilfiger. His most recent work includes working as a Senior Director of Lincoln Center for the Performing Arts. Keith receives a paycheck of more than $9938 per month and $119,250 annually. 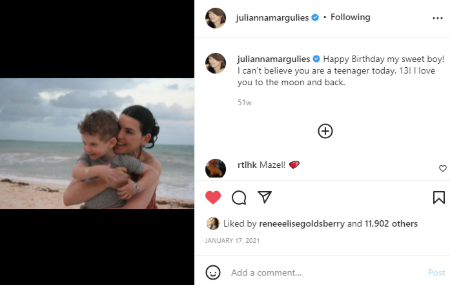 Kieran Lindsay Lieberthal travels with his mother Julianna in his free time. SOURCE: Instagram
When it comes to Julianna Margulies wealth, she holds a net worth of $22 million. The blonde beauty bagged big hunks from her decade-long acting career. She has starred in hit movies and TV series like ER, The Good Wife, The Morning Show, etc.

In October 1996, Julianna Margulies purchased a house in Santa Monica, California, for $1,395,000. After getting Keith, the duo lived in a New York apartment. In September 2008, Margulies enlisted her residence for $4.5 million for sale.

In 2010, Margulies re-listed her house for $3,250,000. The lavish 3,235 square foot home features three bedrooms, six bedrooms, a living room, well-flourished floors, and a fireplace for camp.

In 2004, the pair further sold their Soho estate located in Manhattan, New York for $5.75 million, which they bought for $2.44 million. The actress's 2500 square foot house displays three bedrooms and three bathrooms.