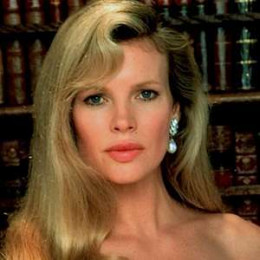 Kim Basinger is an American model, actress, singer, and producer. She was born to father Donald Wade Basinger, a big band musician and loan manager and mother Ann Lee, a model, actress, and swimmer who appeared in several Esther Williams films. Kim started to work in TV commercials ads. She was a top model before making her debut in “Hard Country”. Kim was awarded an Oscar for best Supporting Actress in "L.A. Confidential."

Kim Basinger was rumored to be dating football player Joe Namath in 1970s. She was dating actor and model, Robinette previously. Kim got married to makeup artist Ron Britton who she met on the sets of “Hard Country”. But they got separated later. Afterward, she started dating Prince and after separation with him, she got married to Alec Baldwin. They had a daughter together. Currently, she is dating Mith Stone.

Ron Britton and Kim Basinger met first on the sets of “Hard Country”. They got divorced after eight years of marriage.

Alec Baldwin is American actor, producer and comedian whom she met him on the sets of “The Marrying Man”. They have one daughter together.

Ireland is the first daughter of Kim Basinger with Alec Baldwin. She is also a model and an actress.