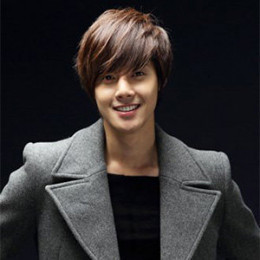 A South Korean entertainer as well as a singer, dancer, and the leader and main rapper of boyband 'SS501', Kim Hyun-Joong debut mini album, 'Break Down' on June 8, 2011, which was produced by Steven Lee. Kim's role as Yoon Ji-hoo in the 2009 Korean drama Boys Over Flowers paved way for his popularity; accordingly, he got a few prominence grants and being one of the style symbols in Korea.

In February 2015, Kim Hyun-Joong's girlfriend was reported being pregnant. His girlfriend identified by her surname Choi has made entertainment headlines after a 2014 domestic violence case, and then again in 2015 with reports of pregnancy they planned to get married. However, both have denied the marriage plans but confirmed about Choi's pregnancy. Kim has received Daesang award from the Tower Records' K-Pop Lovers! Awards, multiple and consecutive awards from Yahoo! Buzz and Best Male Solo Artist during the 13th Mnet Asia Music Awards.