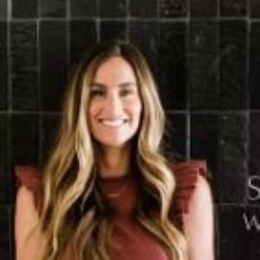 San Antonio-based home designer Kim Spradlin Wolfe is a well-known reality television star best known after winning SURVIVOR: One World in Season 24. She hosts the HGTV show, Why the Heck Did I Buy This House with her husband.

Kim Spradlin, a Survivor Winner, shared the matrimony vows with her boyfriend turned husband Bryan Wolfe on a private beach in Cabo San Lucas, Mexico, on March 16, 2013. As co-cost of the series Why the Heck Did I Buy This House, Bryan supports her. 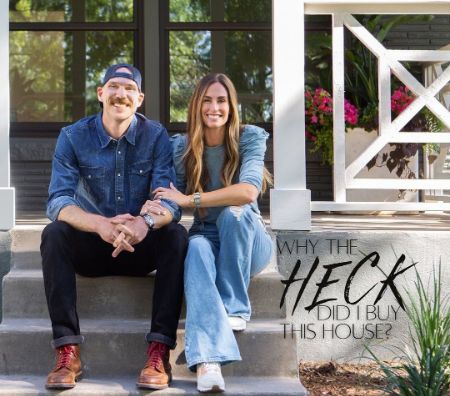 Mrs. Spradlin has been married twice. She divorced her first mysterious husband before starting the show Survivor, and at 28 years old, the amazing pair made it official with marriage.

Additionally, Kim got to marry her fiance Bryan Wolfe surrounded by approximately a handful of 30 guests, including Kat Edorsson and Rosa, in a casual, boho-chic ceremony. The former Survivor star could not select one from thousands of lovely dresses. 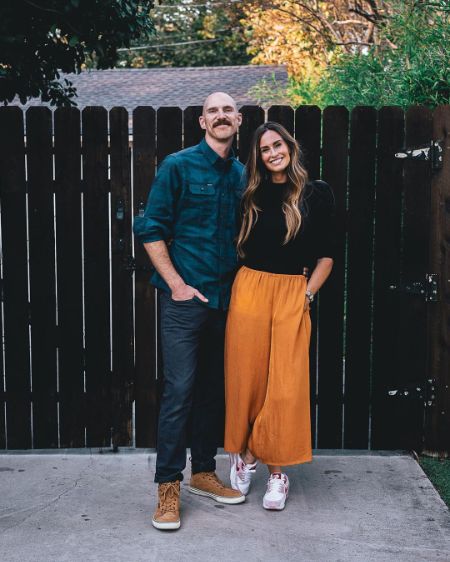 Kim Spradlin is grateful for her husband. SOURCE: Instagram(@kimspradlinwolfe)

The lovebirds first met during the volleyball game outside a bar and secretly dated each other. At the time, Kim used to own two bridesmaid dress boutiques. During their big day, the groom stunned purple linen Cuban shirt.

Kimberly Brooke Spradlin-Wolfe and her husband started their own family soon after their intimate ceremony. On February 8, 2014, Kim became a mother of a baby boy for the first time at age 31 and named him Michael Thomas Wolfe. 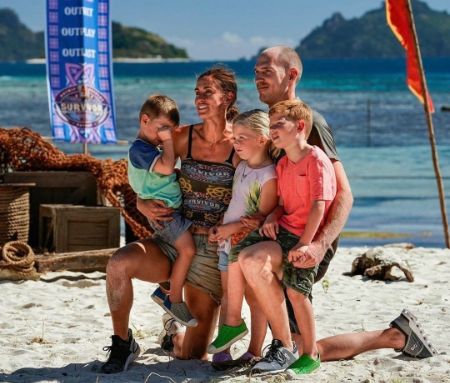 Kim Spradlin Wolfe and Bryan Wolfe have been together since 2011. SOURCE: Instagram(@kimspradlinwolfe)

Following year, the duo gave birth to their second child, their adorable daughter, August Jane Wolfe, on May 27, 2015, at 8:04 am. At birth, she was 22 inches long. Similarly, a year later, the pair completed their family with the arrival of their third baby child named Walt Wolfe on June 1, 2016.

The married couple celebrated their seventh wedding anniversary with Ig post in 2020 and currently enjoying their married life happily living in San Antonio. There have been no issues or reports regarding their divorce to date.

Kim Spradlin began her career in the showbiz industry on the television series The Talk in an episode of 2012, along with the cast members Sharon Osbourne, Sheryl Underwood and Marie Osmond. 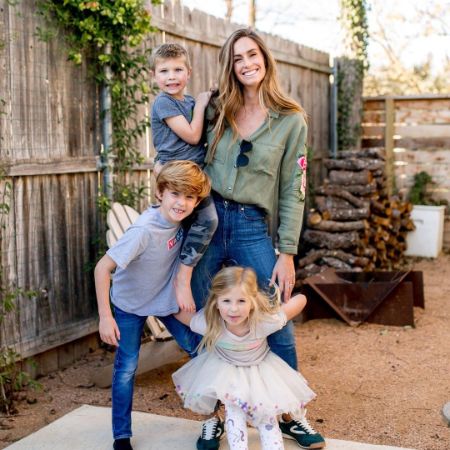 In 2012, the lady spent 39 days on the beach in Samoa, outplaying her way to a million-dollar prize on Survivor: One World. Kim outwitted every competitor on season 24 of Survivor. Also, the San- Antonio native earned an extra $100,000.

Well, Kim counted as the greatest winner in Survivor history with the prize money thought of investing in her two boutiques and taking friends and family on the trips. Also, she wanted to use it wisely to begin a different lifestyle.

Net Worth Collection of Kim Spradlin

Kim Spradlin has kept herself busy since her last appearance on the reality TV show. She will not likely make a comeback to Survivor, but her fans can see her new HGTV show, Why the Heck Did I Buy This House?

Here's the video of Kim  Spradlin on Survivor: One World.

The first episode aired on December 14, 2021, and the newest episode will premiere soon for anyone who misses her on their television screens. Her estimated networth is around $1 million to $5 milllion.

After her stint on Survivor, Kim started renovating, helping create others on their perfect dream homes as a professional career. Kim hosts the show with her husband, and both have a lot of home design expertise.

Kim Spradlin, a Survivor Winner, shared the matrimony vows with Bryan Wolfe on a private beach in Cabo San Lucas, Mexico, on March 16, 2013

Kim became a mother of a baby boy for the first time at age 31 and named him Michael Thomas Wolfe.

Kim Spradlin and Bryan Wolfe completed their family with the arrival of their third baby child named Walt Wolfe.