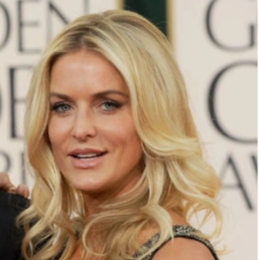 Kimberly Quaid is an American businesswoman and real estate agent. Kimberly rose to fame after getting married to the famous actor Dennis Quaid. Quaid gained media attention even more after divorcing him.

Kimberly Quaid is currently single. She is a divorced woman. She tied the knot with her boyfriend, Dennis Quaid, on 4th July 2004. The couple first met at a party in 2002, where they were introduced by a common friend and dated for two years. 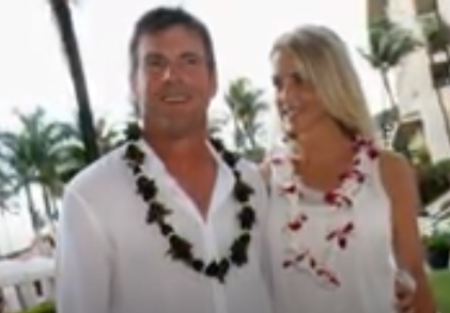 Kimberly Quaid tied a knot with Dennis in 2004. SOURCE: youtube

The wedding was held in Paradise Valley in Montana at Dennis ranch in a very private way with close friends and family. After three years of marriage, the duo welcomed their twins, Zoe Grace and Thomas Boone, on 8th November 2007.

Kimberly filed a divorce against him in 2012 and started living separately. Later, Dennis went on to file a divorce on 30th November 2012. However, they reunited in September 2013 before they announced the separation on 27th April 2018.

What happened to Quaid's Twins?

In November 2007, a medical mistake almost took the lives of infant twins, the kids of Dennis Quaid and his partner Kimberly. Their story began with two blessings, Thomas Boone and Zoe Grace.

Days after, the twins, Zoe Grace and Thomas Boone arrived home from the hospital. They showed serious staph infections. Doctors advised Dennis and his wife to take their babies to Cedars -Sinai Medical Center. The kids were given intravenous antibiotics.

Though Dennis said the twins seemed to be doing well on the second day, the duo went home to took a rest. That particular night, Kimberly had a strange feeling that something was wrong. Later, the couple found out the twins were actually  serious phase at the time of the call.

Before getting married to Dennis, Kimberly was married to David Patton. However, the reason behind their divorce is still under the radar. She has also dated Peter Gardere for three years. 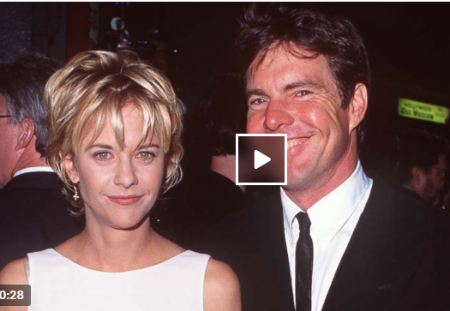 Dennis Quaid has already married two times before marrying Kimberly. His first wife was P.J. Soles, an actress and producer. They got married on 23rd November 1978 and separated on 23rd August 1983.

He married Meg Ryan, a famous actress and producer, on 14th February 1991. They gave birth to their son, Jack Quaid, on 24th April 1992 and divorced on 16th July 2010. After three failed marriages, Dennis Quaid dated Santa Auzina in 2016.

Her ex-husband, Dennis Quaid, is a famous American actor and musician. He has worked in numerous movies like "Breaking Away". "Vantage Point," "The Rookie," "The Parent Trap," and "Far from Heaven." He is prominent for writing and performing the "Closer to You" song in the 1987 flick "The Big Easy." 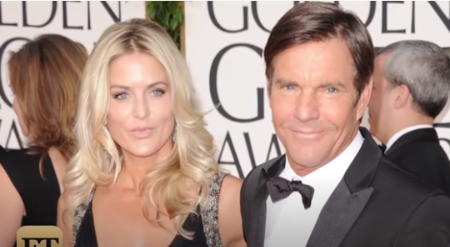 Dennis made various trips to Central America to assist crate therapeutic clinics and transport sick kids back to the USA for fundamental treatment. He has also played the role of Frank Whitaker in the drama film "Far from Heaven." He won multiple awards in the "Best supporting actor" category at different award functions.

Kimberly Quaid has an estimated net worth of over $3 million. She makes a huge amount of money from a real estate career. Kim got $2 million as spousal support from her divorce settlement with Dennis.

Check out the clip of Kimberely Quaid and her former spouse at Katsuya Restaurant in 2017!

Moreover, she will get another $1 million out of their property settlement agreement. Additionally, he will pay Kimberly $13,750 monthly for child support. He will pay her more if he earns over $1.3 million in a year. She also got to keep her Mercedes.

Kimberly Quaid is a successful businesswoman and real estate agent. She worked for the Buffington Signature Homes. She has earlier advertising, marketing, and office plan expertise.

Kimberly Quaid was born to her father, Thomas B. Buffington, and her mother, Delia "Dee" Dowell Buffington. She has one sister named Blake Buffington and two brothers named Robin Banister and Dow Wright. She grew up with her grandparents, Dewey Lee Buffington and Nora Armstrong Buffington. Quaid attended Hyde Park Baptist High School.

She was a very dedicated student adored by her teachers in high school. Quaid graduated with a Bachelor's degree from the University of Texas in 1993, but her major is unknown. She always dreamt of becoming a model while growing up.

Her father was a popular real estate owner and president of NPC Austin. He was also the Founder and Chairman of Buffington Homebuilding group. He died on 8th January 2019. After his death, Kimberly took over a company.

Kimberly Quaid has a charming personality. She looks beautiful with her fair skin tone and triangle shape face upturning her long nose. Quaid stands at the height of 5 feet 8 inches.

She has a slim and perfect body. She has a body weight of 60 kilograms inches with a well-maintained figure. Her body measurements are 37-27-36. Besides, Kimberly has a pair of attractive blue eyes, adding extra beauty to her look. She has a long blonde hair color.

Kimberly Quaid is fond of traveling. She has traveled around the United States and European countries like England, Sweden, and Italy. She watches movies in her free time. Her favorite movies are One Day, Mr. and Mrs. Smith, and Devil Wears Prada. Her famous film actors and actresses are Meryl Streep, Angeline Jolie, and Robert De Niro.

Kimberly Quaid is not active on any social media platforms. She loves to keep her private life away from the public's eye. However, her ex-husband Dennis has 140k fan followers and 95 posts on his Instagram account under the username @dennisquaid. He shares photos of himself and with his friends. He shares posts related to his work and upcoming projects.

Kimberly Quaid was happily married to Dennis Quaid for nine years. They tied a knot in 2004 but separated in 2012 citing personal issues.

Zoe Grace was born on 8th November 2007 as the first child of Dennis Quaid and Kimberly Quaid. Zoe has a twin brother Thomas Boone,