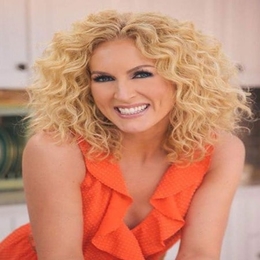 Kimberly Schlapman is an American singer of the popular music band Little Big Towns and an actress who appeared in Forever My Girl (2018), True Blood (2008), and She Gets What She Wants(2002). She is a praiseworthy author of OhGussie title book and host of her show Kimberly's  Simply Southern on the Great American Country Channel. She is awarded 5 LMA Awards for her musical contribution as a singer in the American Musical Indusrty.

Who is Kimberly Schlapman Married to? Know About Her Husband

Kimberly Schlapman is a leading singer, social media influencer and artist and well-recognized American personality with great media fan-following. Moving towards her personal life, the household name, Kimberly, is happily married to Stephen Schlapman, an ordinary man with extraordinary life since 2006 with two beautiful children. 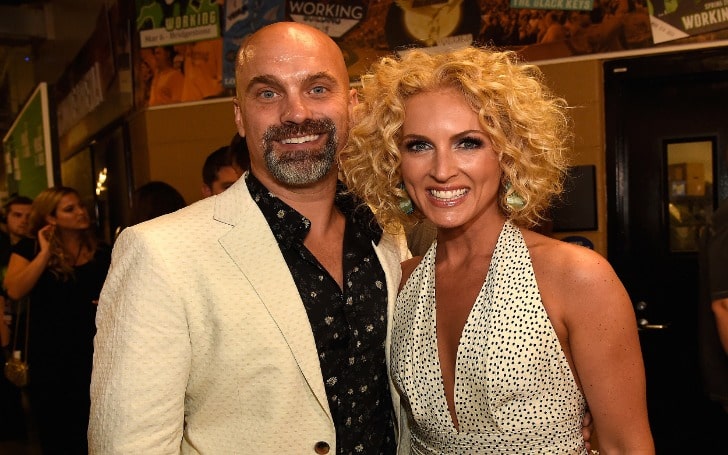 Kimber Schlapman with her husband Steven Schlapman, SOURCE: The Boot

The attractive partners were close friends, but even their relationship got stronger when Stephen supported Kimberly during the tragic and tough times of her life. The duo's love story is interesting and emotional because their relationship isn't as simple as other romantic couples.

Stephen is the second husband of the singer. Kimberly was previously married to Steven Roads, a lawyer of her musical band; clear information isn't available on the internet about the exact date of their marriage. Unfortunately, Steven died due to a heart attack on 2005; it was a difficult moment in Kimberly's life through which she had to suffer the tragic death of her love. Roads and Kimberly were planning for a child before his death which remained only a dream of the star.

During her complicated days, her current husband supported her in every aspect of her life to regain her courage and inspired her to recover from the sad moment. Gradually, their strong friendship bonds turned into romantic relationships. Realizing the experience that Stephen never left her on her worst days, she decided to tie the knot with her life partner in 2006. The couple looks mesmerizing, setting the best couple celebrity couples in the American media. They are spotted with their children enjoying happy moments of their life through Kim's social media posts and stories.

Talking about Girl Crush's famed singer Schlapman, she is a brilliant performer, vocalist, and a good wife and mother to her family. Her motherhood experience was full of complications and struggles. Still, her hopes and faith encouraged her to become a mother after many failures and hardships of the pregnancy process. She previously tried for a child with her first husband, Roads, but his sudden demise broke her dream of having a motherhood experience.

Due to her medical problems, the couple was facing complications for the baby. Later, she married her current husband, Steven, and Kimberly fulfilled her hopes and dreams when she biologically gave birth to her daughter, Daisy Pearl Schlapman, on 7th July 2007. 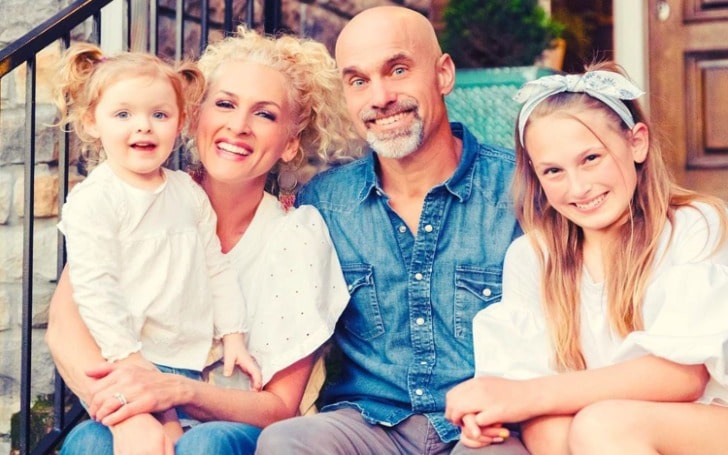 Daisy was eagerly waiting for a brother or sister to play with, but due to Kim's health issues, she failed twice to get pregnant again. Kimberly and Steven mutually decided to adopt a child as they thought god was embracing them to help other lovable children worldwide.

On 31st December 2016, the couple legally adopted their daughter Dolly Grace Schlapter after fulfillment of legal requirements and formalities. The Schlapman family is joyful and prosperous; with the company of four members, Daisy develops a beautiful relationship with her little sister and admires her baby sister for being together, what she had dreamed of since childhood. They are happily living in Nashville, Tennesee.

What is Kimberly Schlapman's Net Worth?

Kimberly Schlapman has an estimated net worth of around $2 million. Her major source of earnings are from singing and cooking career. 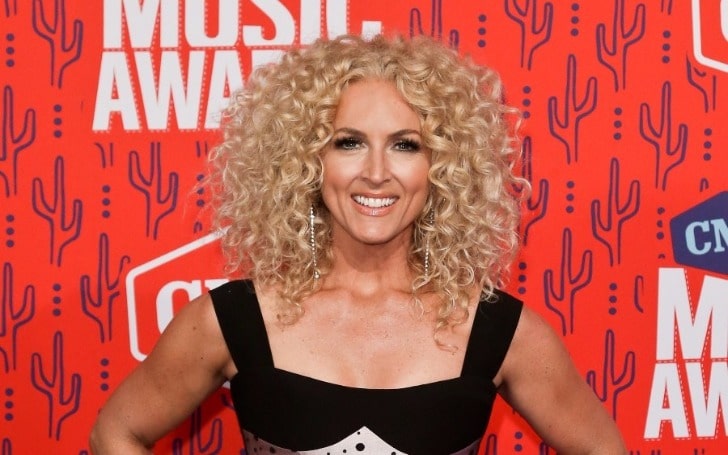 Kimberly Schlapman at the frame SOURCE: Everything Nash

The talented celebrity and social media sensation Kimberly Schlapman is famous in America for her contribution to the music industry through her hit albums and singles from her cofounded band Little Big Towns. She had better taste in music and arts from her childhood days; in the interview, the star shares her childhood experience when she used to sing Christianity songs in the church during the prayers with her grandmother.

Kimberly always wanted to establish herself as an independent personality around the world also happened in reality too. The singer started her band with the association of her college friend Karen Fairchild, Little Big Town.

Later, other members, Philip Sweet and Jimi Westbrook joined the band. Kimberly, with her three fellow singers, made headlines in public after receiving Grammy Award for Best Country Duo in 2012 as a big achievement for the album Tornado. 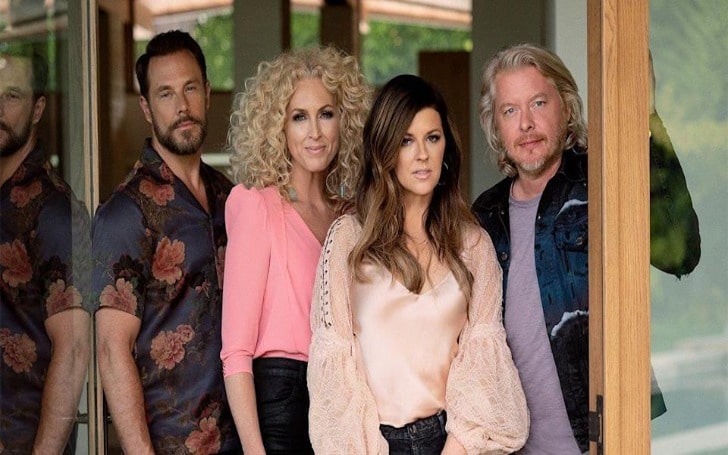 Schlapman and her group member's hit songs were from singles Everything's Changes and Didn't Waste My Money. These musical songs brought massive success to her singing career, where she was nominated and even honored with the Daytime Emmy Awards (2013). he has created her brand name in public her popularity craze continued with her successful career though she had ups and downs. In the music industry, she has collaborated with renowned A-listed singers Alice Keys and Taylor Swift, which proves that she is one of the most popular and well-deserved singers in the USA.

All the fans of the beautiful lady Schlapman around the world know the fact that besides her brilliant singing skills, she is a professional chef with amazing cooking traits that she learned from her family. The Georgia-born artist expressed her feeling about why cooking is her hobby as she revealed that cooking every day gives her "happiness, and it's like an art to her life that adds enjoyment to her boring lifestyle."

Kimberly's love for cooking encouraged her to publish her first ever cooking genre book, Oh Gussie Cooking and Visiting in Kimberly's Southern Kitchen, a hit show on the Americal TV Channel. The celebrity singer effortlessly prepared various dishes for her lovely audience, creating a buzz in the media as every time her followers were curious to know her kitchen secrets. She hosted the Great American Country Channel of her cooking show Kimberly's Simply Southern.

Regarding Schlapman social media interaction, she believes in touch with her fans through Instagram, Twitter and Facebook. She is active in the media and shares beautiful posts regarding her musical career, personal life and children.

Check out the video to know more about Kimberly Schlapton!

The stunning artist has a huge fan base of over 220 k followers on Instagram with her official account @ohgussie, more than 100k fans on Facebook @kimberly Schlapman and Twitter official accounts with over 30.7k followers @ohgussie where she tweets and posts about her passion for professional life and personal ideology.

For the latest news and gossip, check out @marriedwiki