The country band Little Big Town's Kimberly Schlapman is married to Stephen Schlapman and the couple is together for more than a decade now. Kimberly, who was completely shattered after the death of her first husband found her longtime friend Stephen and dared herself to fall in love again.

How it all started? How is their relationship going on? Do they share any children? We have all the details here.

The pair has been married for more than a decade (since 2006) and is happy in their lives with their two children, Daisy Pearl, 10 and Dolly Grace who was adopted in 2017. 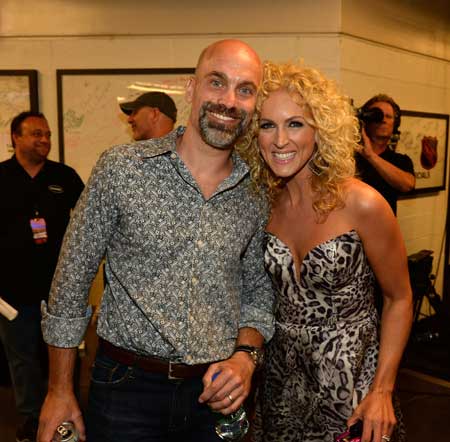 Though the pair seems happy and so in love now, life was not always the same for them. Kimberly was not sure whether she would ever fall in love again after losing her partner but when she met Stephen her life changed.

He brought joy, happiness and more than that a hope in Kimberly's life. Hope to be happy again and to be in love again.

The princess & her posse. #happyhalloween

She said in an interview,

"I wasn't planning on falling in love, at all. I didn't want to ... I wasn't sure that I ever would. So, my husband now and I were just really good friends, and after my late husband died, all my friends were calling me, all the time. Just checking up on me. He was just an old friend. We had known each other for about six years, and he started calling me just like everybody else did. But he started calling me more than everybody else did."

"We had both been through similar losses. He hadn't lost a mate, but he had lost a close friend, so we kind of bonded over that."

She also shared how she eventually fell for him.

"I was shocked; I remember when I first realized that I was having feelings, I just thought, 'OK, this is so weird. What is this? I haven't felt this in a long, long time. But eventually I allowed myself, and it's been the most beautiful gift of my life. It pulled me out of the deepest hole that I've ever been in and healed me."

Kim also says that he lets her talk about her ex-husband and never minds if she brings anything from the past. He understands that was the biggest part of Kim's life and he respects that.

As of now, Kim has moved on and is living a blissful family life that she deserves. We wish her all the best in her future endeavors.

You May Also Like; Is Stacey Dales Still Single Or Married? Who Is She Dating Currently? Know Her Affairs And Relationship

Kimberly first tied the knot to Steven Rhoades. The pair had a blissful life together until the sudden and tragic death of Rhoades. She lost him to a heart attack when the group was out on the roads in 2005.

Don't Miss; Is Cindy Landon Dating After the Death of Her Husband Michael Landon? Know About her Family and Children

It is never easy to lose someone who was your everything. She was completely shattered and smashed until she met her current partner.

On Steven's funeral, the band performed several of its songs and Steven was also the band's lawyer. Their marriage was a blessed one but the death took him away from her. May his soul rest in peace! 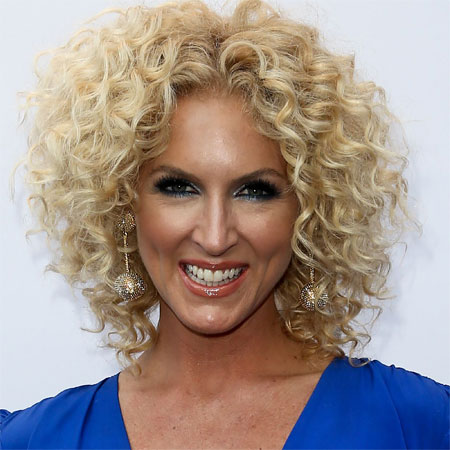