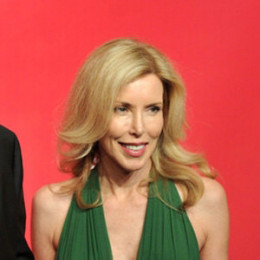 Kimberly Woolen is a dancer by her profession and she is best known as the wife of famous country singer and musician Glen Campbell. Although she comes under a great dancer she is tagged with his husband in the eye of people. She is also known for her unique feature in her marriage that she is 23 years younger than Glen.

Kimberly Woolen was born in 1957 in the United State of America. She is popularly known by her nickname 'Kim'. Kim is American by nationality and belongs to the White-American ethnicity.

She is a professional dancer but highly recognized as a wife of country music singer, Glen Campbell.

Kim is interested in dancing since her early days and her passion towards dance encourages her to pursue her career in a dancing fraternity. She prefers to talk less regarding her profession and that might be the reason there isn't much information about her career.

However, her husband, Glen Campbell is a renowned American rock and country music singer, musician, songwriter, television host, and actor.

Kimberly Woolen earns a good amount of money from her career. Even though there is no concrete figure about her net worth, it is certain that he has accumulated a net worth of millions.

However, her husband succeeds to earned an impressive sum of net worth from his musical career of $50 million. The couple's Malibu house was which was worth $3.95 and they sold it for $4.5 million.

Kimberly Woolen was a married woman. She exchanged vows with Glen Campbell in 1982 at the North Phoenix Baptist Church in Arizona. The couple first met on a blind date when Campbell was 26 and Kim was 24. The duo gets engaged in 1981 at Christmas time.

The matchmaker responsible for their first encounter was Campbell’s banjo player, Carl Jackson. Campbell took Woolen on a date with his parents at the Waldorf-Astoria, then to a James Taylor concert. 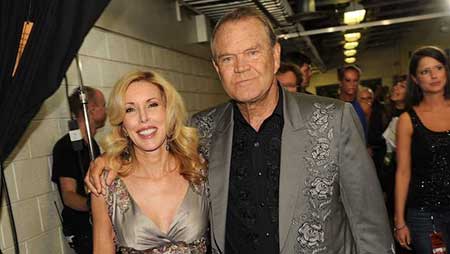 However, Kim lost her husband on August 8, 2017, due to the Alzheimer's. He was diagnosed for almost six years before being found dead in Nashville, Tennessee.

Kim is the fourth wife of Glen and prior marrying to her, Campbell was in a marital relationship with Diane Kirk, Billie Jean Nunley, Sarah Barg with whom he has five children.

She joined a Baptist church in Phoenix along with her husband and in 2008, they confirmed they have been adherents of Messianic Judaism for two decades.

Here is a video of Kimberly Woolen talking about family's feud.

Glen Campbell was an American singer, guitarist, songwriter, television host, and actor. He was died at age of 81 in Nashville, Tennessee on August 8, 2017.

Cal Campbell is the first child of Kimberly and Glen Campbell. He ha stwo younger sibling, Shannon and Ashley.

Shannon Campbell is the second child of Kimberly Woolen and Glen Campbell. He was raised with his siblings.

Ashley Campbell is an American country music singer and songwriter. She is known as daughter of Glen Campbell and Kimberly Woolen.