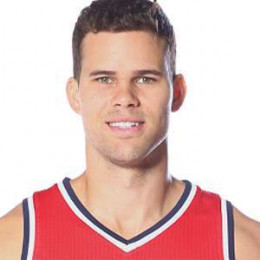 Professional NBA player, Kris Humphries, is currently single. He was previously married to the famous Television personality Kim Kardashian from 2011 to 2013. Kris was born to Debra Humphries and William Humphries, a professional football player. He grew up with two elder sisters, Krystal and Kaela. Kris has played for Toronto Raptors and Dallas Mavericks in the past and has also represented the American Junior national basketball team. Kris currently plays basketball for the Atlanta Hawks of the NBA.

Kris was previously married to Kim Kardashian but got divorced later. He also had an affair with Bianka Kamber, a nurse, which did not last long. They dated for about two years and then got separated.

Kim Kardashian is an American television personality, actress, and socialite. They were married for about two years.