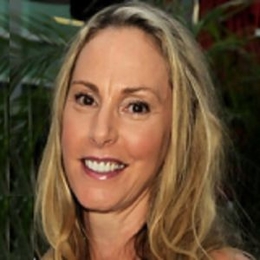 Kristin Austin, popular as the wife of WWE legend, Stone Cold Steve Austin rose to fame after their marriage in 2009. The celebrity lover often helps her husband as a co-host to his podcast called, the Steve Austin Show on the WWE Network. She is the fourth wife of the retired wrestler and shares a blissful married life with the retired superstar.

The American beauty, Kristin Austin, got all the limelight when she married WWE legend, Stone Cold Steve Austin, back in 2009. Although her famous husband endured three failed marriages due to controversies and physical abuses, the wrestling superstar already stole the heart of the diva.

Kristin's renowned husband, Steve Austin is one of WWE's greatest ever superstar and the only wrestler to win 3 Royal Rumbles. Moreover, he was also the superstar to win the 1996 King of the Ring. 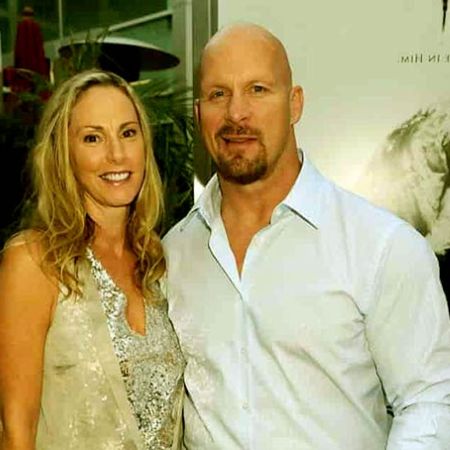 As Kristin wasn't the first one to tie the knot with Stone Cold, his earlier wives like Kathryn Burrhus, Jeanie Clarke, and Debra Marshall didn't share great luck with him. Surprisingly, the wrestling legend involved himself in a domestic violence controversy with his third wife, Debra Marshall, a WWE superstar as well since he assaulted her before their divorce.

Does Kristin Austin and Steve Austin Have Children?

Today, the couple lives a blissful married life at their massive residence in Marina Del Rey, California. Despite a decade into their marital agreement, they didn't give birth to any children so far. However, they adopted three adorable dogs into their daily lives. 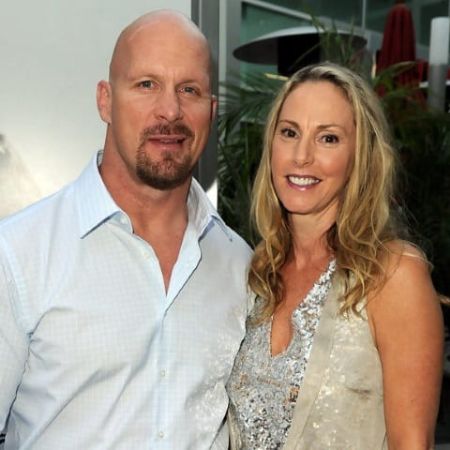 On the other hand, Stone Cold already was a father to four adorable children before his marriage with Kristin. He is a father to two daughters, Stephanie Austin and Cassidy Austin, with his first wife, Burrhus. Likewise, he also adopted Jade Clarke's daughter too.

Kristin Austin Lives A Lavishing Lifestyle with Huge Net Worth

The celebrity wife, Kristin Austin, enjoys a lavishing lifestyle from her marriage with the WWE Hall of Famer, Steve Austin. Since her loving husband, Stone Cold accumulates a staggering net worth of $50 million as of 2019; she doesn't have alot to worry about keeping food on the table.

The WWE superstar Stone Cold and his beau, Kristin Austin, live at a luxurious mansion in Mariana Del Rey, California. Impressively, they bought another house next to it in 2017 for $1.49 million.

Similarly, the married couple has a well-decorated car collection in their garage. Some of the most notable ones are Range Rover, Bushwacker, Ford,  and Bronco.

For more, make sure to visit, MarriedWiki!!!

The charismatic diva, Kristin Austin tied the knot with her husband Stone Cold Steve Austin in the year 2009.