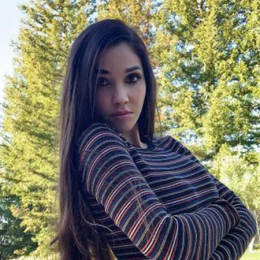 Kristina Basham is a popular model who worked with famous fashion brands like 'Balenciaga', 'Carolina Herrera', and 'Tom Ford'. She is a well known social media influencer and beauty guru. Basham also worked as a brand ambassador for Disney, Emirates Airlines, Nissan, and Aston Martin.

Kristina Basham is currently dating famous American writer/cartoonist Scott Adams who is known for his creator of the Dilbert comic book series. The couple is together for several years now as of 2019. 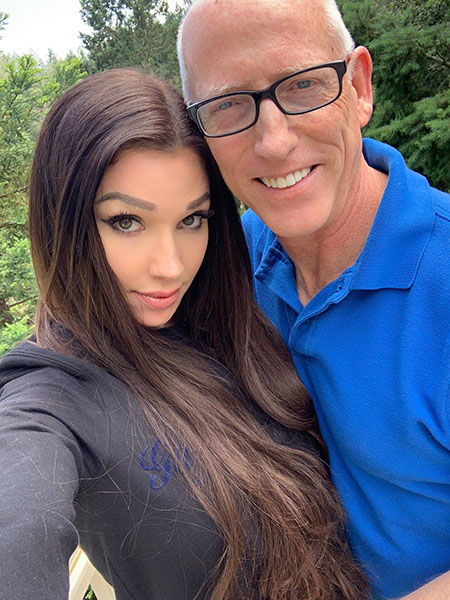 The pair has an age difference of over 30 years but that seems not to be an issue for them as they are serious about their affair. Also, they have been making repeated public appearances with each other. They are sharing a diamond-strong bond with no signs of break up.

They were spotted enjoying with one another from romantic vacations in the beach to several events. The lovebirds share several adorable pictures of them on their social media which shows their deep chemistry.

My mini me @hazelbashamlove spent the day w me at @TrumpNewYork @TrumpHotels spa.. I’m glad they were so accommodating! pic.twitter.com/G3MPplBKDj

Basham was previously married to a mysterious man in her college life. The former couple even shared two daughters one name Hazel Basha while the name of her other daughter is still unknown. The reason for their split is still unknown.

How Much is the Net Worth of Kristina Basham? Know about her Earnings, Salary

Kristina Basham holds the net worth around $100,000-$200,000 all thanks to her modeling career. She worked for several fashion brands and designers like Balenciaga, Carolina Herrera, and Tom Ford which surely helped her to earn a good sum of money. In addition, the average salary of a model is $49,200.

Apart from modeling, Basham is also the owner of a bakery, Le Vasseur Confectionary in San Fransisco. Not to forget, she is also the brand ambassador for Disney, Emirates Airlines, Nissan, and Aston Martin. Besides her modeling career, she also volunteers at non-profit organizations like Make-A-Wish and St. Jude Children’s Research Hospital.

Kristina's boyfriend, Scott is also a well-known personality in the entertainment field. He holds the net worth of an impressive $75 million.

Kristina Basham was born on July 31, 1988, in Walnut Creek, CA under the star sign Leo. She was raised along with her brother.

She graduated from the University of California, Berkeley and completed masters in financial economics.

Getting much needed sunshine @rwcordevalle

Kristina Basham gave birth to a daughter, Hazel Basha with a man whose name is not disclosed yet.

Kristina Basham gave birth to a daughter from her previous marriage.