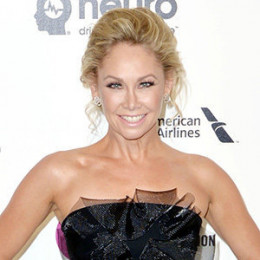 Kym Johnson, an Australian dancer, host, and author, is currently married to Robert Herjavec, a Canadian businessman, since 2016. She started dancing at the age of three, and she began to focus her efforts on ballroom dancing at the age of thirteen. Her first success as a dancer came when she and her partner were placed second at the Australian Dancesport Championships. Johnson has also appeared in several TV ads, as well as in a pictorial for the Aussie version of FHM.

Johnson confirmed in September 2015 that she and her Dancing with the Stars season 20 partner, businessman Robert Herjavec, are in a relationship. The couple became engaged on February 27, 2016. Kym Johnson and Robert Herjavec married on 31 July 2016 in Los Angeles. As of now, there are no signs of their separation. She was previously engaged to Australian cricket player Shane Watson. They got separated without revealing any reason for the separation.