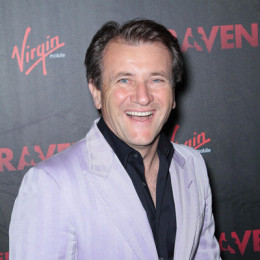 Robert Herjavec is a Canadian investor, businessman and also a media personality. He had completed his graduation from New College at the University of Toronto. He started his career when he was a child. He had his first break in the big screens. He also has worked in many television series including CBS television series named Dragons' Den, ABC’s series named Shark Tank etc. Besides, he is also an author. He has written two books named Driven: How to Succeed in Business and Life in 2010 and The Will to Win: Leading, Competing, Succeeding in 2013. He owns a private island. He has a house in Bridle Path in Toronto and also owns a big mansion in New York too which was the largest and also most expensive house sold in the Canada.

Robert Herjavec was born on 14th September 1962 in Varazdin, Croatia. His family moved to Canada when he was eight. His family arrived in Halifax, Nova Scotia in 1970. They eventually settled in Toronto where they lived in the basement apartment of a family friend’s home for eighteen months.

Robert graduated with a degree in English literature and political science from New College at the University of Toronto. He initially took on a variety of minimum wage jobs such as waiting tables, delivering newspapers and retail sales, in order to support his family.

Robert began his business career as a film producer and director. He then joined Logiquest selling IBM mainframe emulation boards. He later went on to found his internet software company BRAK Systems which he eventually sold to AT&T Canada in 2000 for $30.2 million. His success later landed him roles in various television reality series while being an author as well.

Robert married Diane Plese in 1990. After 24 years, the pair split in July 2014. They officially divorced in early 2016. He shares three children with her, two daughters named Caprice Herjavec and Skye Herjavec, and a son named Brendan Herjavec. 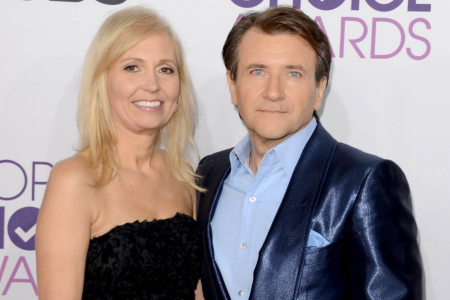 Diane is an optometrist. The couple met when he went in for an eye appointment and it was apparently "love at first sight". Before they divorced, there were stories of an extramarital affair and Robert was apparently cheating on his wife with Kym Johnson, which was never proven.

However, Diane quickly shut down those rumors in an interview. She said:

"Robert is a caring husband and a responsible person towards his family, but I cannot live with him anymore and the reasons behind our separation will not be disclosed among the public."

Meanwhile, speaking on his divorce Robert said, human relationships are so difficult and he wishes nothing but love and peace for his family as they move on from this.

In September 2015, Herjavec confirmed his relationship with his former Dancing with the Stars partner Kym Johnson. They subsequently got engaged on February 27, 2016. On July 31, 2016, they were married in Los Angeles, California. 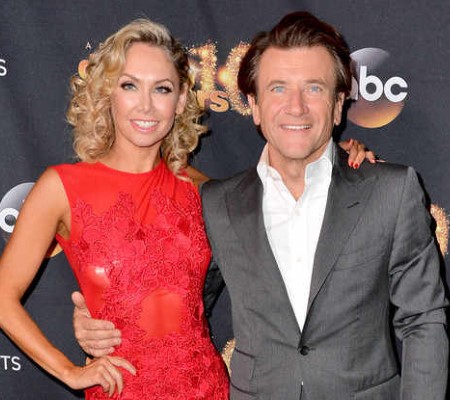 Robert had Kym sign a prenuptial agreement that would restrict her from asking for any of his real estates if the marriage ended.

According to credible reports, Kym will get $100,000 for every year they are married, capped at $1 million if the marriage ends. This came as a necessity for the way Robert's previous marriage ended.

In December 2017 Robert and Kym announced that they were expecting their first child together. The couple later revealed they were expecting twins. The twins, a boy, and a girl were born on April 23, 2018, at 7:44 am and 7:45 am, named Hudson Robert Herjavec and Haven Mae Herjavec.

In mid-2017, Herjavec sued an ex-girlfriend for extortion. She later countersued for sexual assault. Both suits were dismissed in mid-2018. The allegations against Robert were withdrawn without a financial settlement. The woman later apologized to Robert and his family.

Herjavec competes in a well-known Ferrari challenge as he has a passion for car racing. Moreover, he is an avid car collector with several rare cars in his collection. Furthermore, Herjavec is an avid golfer and runner while being a certified SCUBA driver (PADI) and a motorcycle enthusiast as he owns several racing Ducatis.

Robert Herjavec's net worth is estimated to be $200 million. Robert owns a house in Bridle Path, Toronto area which has been a host to luminaries such as Michael Buble and John Travolta.

Herjavec bought the house for $7.5 million in 2000. The 33,650 square foot mega mansion has been featured on MTV cribs and on Joan Rivers’ TV show named How Did You Get So Rich. The house is currently listed with Barry Cohen for $18.8 million. He has several other vacation homes.

His first wife was a optometrist. The couple were married for two decades. But due to some personal issues the couple got divorced.

He has three children from his ex wife. Two of them is daughter. His one daughter's name is Caprice. There is no much information about his children.

Among his two daughters his another daughter's name is Skye. There is no any information about his daughter.

Among his three children one of them is son and his name is Brendan.

Among his three children one of them is son and his name is Brendan. Again there is no any information about his son too.